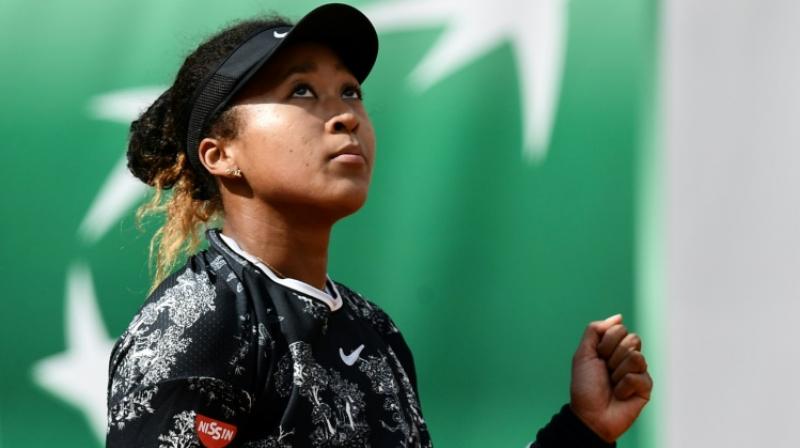 Naomi Osaka’s quest for a third consecutive Grand Slam title almost came to an abrupt end on Tuesday as a number of top players struggled to book their spots in the second round of the French Open. (Photo: AFP)

Paris: Naomi Osaka’s quest for a third consecutive Grand Slam title almost came to an abrupt end on Tuesday as a number of top players struggled to book their spots in the second round of the French Open.

On a windy and chilly day at Roland Garros, world number one Osaka, who won the U.S. and the Australian Opens, lost the opening set to love against Slovakian Anna Karolina Schmiedlova before rallying back for a 0-6, 7-6(4), 6-1 victory.

In the men’s draw, German fifth seed Alexander Zverev was also pegged back during his match against Australian John Millman and needed five sets to progress after winning the first two.

Last year’s semi-finalist Juan Martin Del Potro also huffed and puffed into round two with a four-set win against Nicolas Jarry of Chile.

Victoria Azarenka avoided the fate of fellow former world number ones Angelique Kerber and Caroline Wozniacki, who were knocked out in the first round, when she beat 2017 champion Jelena Ostapenko in straight sets.

Osaka had the biggest scare, however, as spots of rain and swirling winds disrupted her game with the Japanese failing to put a mark on the scoreboard in the first set.

Schmiedlova twice served for the match, only for Osaka to raise her game and force the contest into a decisive third set during which her variety of shots and power proved too much to handle for the world number 90.

Croatia’s Ivo Karlovic became the oldest man to win a match at the French Open for 46 years as he beat Spain’s fellow veteran Feliciano Lopez in the first round.

Karlovic, who turned 40 in February, won a match featuring players with a combined age of 77 — the oldest in a Grand Slam in the professional era. He became the oldest male player to win a Grand Slam match since Ken Rosewall, aged 44, did so at the 1978 Australian Open.