Federer-Nadal rivalry is greatest ever in tennis

Roger Federer and Rafael Nadal vying for a Grand Slam title seemed a glorious chapter, but from the past. 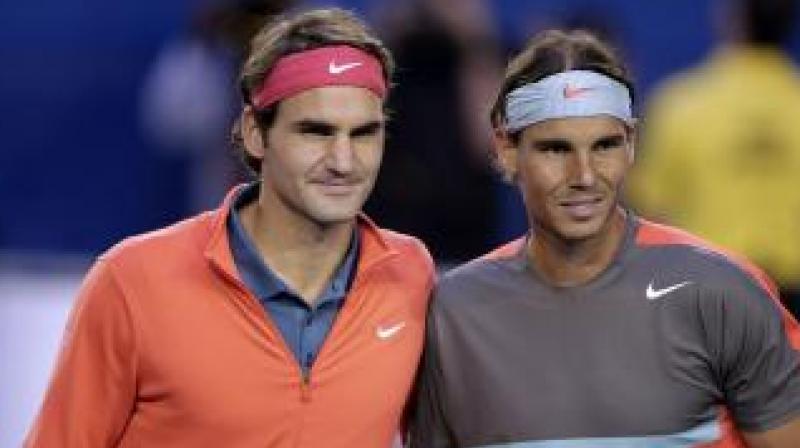 Sunday’s Australian Open final has tennis romantics drooling in anticipation and dripping with nostalgia. Roger Federer and Rafael Nadal vying for a Grand Slam title seemed a glorious chapter, but from the past. Suddenly, to pick a phrase from the immortal Carpenters song, it seems Yesterday Once More.

The Federer-Nadal rivalry is arguably the greatest-ever in men’s tennis. For sheer longevity and how doggedly they’ve pursued each other on all surfaces, I put it ahead even of Borg vs McEnroe that enthralled fans in the mid-1970s.

The marathon semi-finals Federer and Nadal went through were exhilarating to watch: for speed, skills, court-craft and most importantly their never-say-die resolve which has seen them win 31 Grand Slam and 157 career titles collectively.

Federer came back from the dead in majestic style, overturning a two-set deficit to win the next three against Stan Wawrinka; Nadal showed amazing stamina and resilience in tirelessly, spunkily, fighting off Gregor Dimitrov’s concerted assault.

Lesser players would have thrown in the towel against younger opponents. Federer and Nadal showed that what separates the champions from the very good is not merely ability, but an insatiable desire to win.

“You have to be maniacally obsessive to succeed at this level,” I remember Boris Becker telling me during a brief chat during the Laureus World Sports Awards in Abu Dhabi in 2010.

“These guys (Federer and Nadal) have not only ability, but great mental toughness. That’s why they are where they are.” Becker said. Coming from a legendary tennis player himself, there could be no higher praise.

Federer by then had been awarded Laureus Sportsperson Of The Year four times already (in consecutive years, 2005-2008) and Nadal was to win the accolade the following year, 2011. Novak Djokovic, coached by Becker for a while, won in 2012, 2015 and 16.

Incidentally Federer, Nadal and Djokovic are not among the nominees for this year’s awards to be held in Monaco next month. Andy Murray, winner of the Australian, French and Wimbledon titles in 2016 plus the Olympic gold is, so a tennis player could possibly be top of the pops again.

To get back to this year’s Australian Open, it’s been an extraordinary tournament, made even more memorable by the feats of Federer and Nadal and the Williams sisters who met in the women’s title clash — the first time in Grand Slam history that all four finalists were 30-plus in age.

How’s that for a retro feast? The clock’s been turned back several years, and aficionados have had to dig deep to come out with relevant stats and anecdotes to commemorate their matches.

But this also provides food for some discomfiting thought. The paucity of young talent in the sport to challenge the veterans, in both men’s and women’s sections, has been shown up startlingly.

There is no denying that Federer, Nadal, Djokovic, Murray and the Williams sisters are outstanding players. It is also perhaps a quirk of history that they have emerged as contemporaries. This has made the last decade in tennis rich and rewarding.

But these players moved swiftly from teenage precociousness to establish themselves. Federer took over from Agassi and Sampras seamlessly and after a while was rivaled by Nadal, with Djokovic and Murray staking their claim not long after.

The Williams sisters filled in the breach left by Steffi Graf and Monica Seles quickly.

The big threat to them came from Maria Sharapova and a host of teenage prodigies from east and west Europe. But over the past 15 years they’ve subdued all.

In the current crop — particularly in the 16-20 age group — there is hardly anybody who looks like taking the baton from them soon. This redounds to the credit of the ‘golden oldies’ undoubtedly but in some way also shows stagnancy in the sport.