The Spaniard said he still planned to play in the year's opening Grand Slam tournament, starting in Melbourne on January 15. 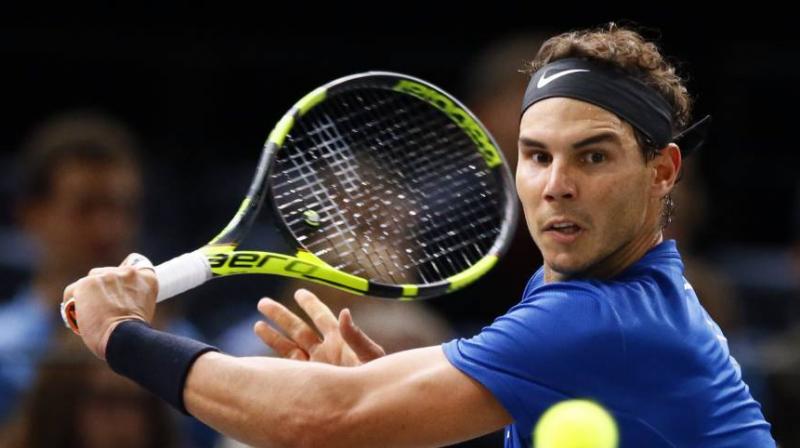 Nadal, 31, has had a stellar 2017, claiming a 10th French Open, a third US Open crown and the year-ending world number one spot. (Photo: AFP)

Brisbane: World No.1 Rafael Nadal has withdrawn from the Brisbane International with a knee injury, but said he still intends to play in next month's Australian Open.

The Spaniard, who hasn't played since losing to David Goffin at the World Tour Finals in London, was scheduled to start his season in Brisbane this weekend, but said he would now not be coming.

"I am sorry to announce I won't be coming to Brisbane this year," Nadal said on Twitter on Thursday.

"My intention was to play but I am still not ready after last year's long season and the late start of my preparation."

But Nadal said he still planned to play in the year's opening Grand Slam tournament, starting in Melbourne on January 15.

"I will be seeing my Aussie fans when I land on the 4th (of January) in Melbourne and start there my preparation for the Australian Open," he added.

Reports casting doubt over Nadal's recovery from an injury to his right knee surfaced last week when he pulled out of an exhibition in Abu Dhabi this week and took at least four days off from practice. Nadal, 31, has had a stellar 2017, claiming a 10th French Open, a third US Open crown and the year-ending world number one spot.

Nadal added two Masters titles at Monte Carlo and Madrid to his triumphs at Roland Garros and Flushing Meadows, finishing the campaign with six trophies. The 16-time Grand Slam champion also secured the year-ending top ranking for a fourth time.