Serve, get to the net and volley. If the first serve does not go according to plan, then send down that kicking second serve to trouble the opponent. 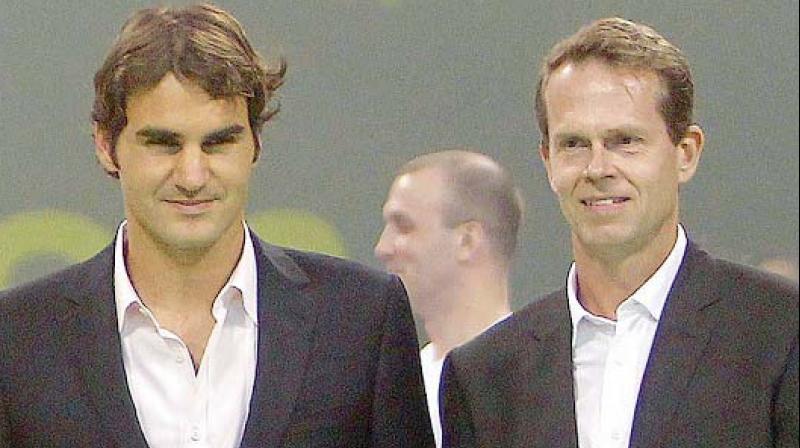 Tennis great Stefen Edberg says if anyone can go past Roger Federer’s grand slam wins, it is Rafael Nadal.

Mumbai: Serve, get to the net and volley. If the first serve does not go according to plan, then send down that kicking second serve to trouble the opponent. Stefan Edberg brought a lot grace to the game as a tennis player and then turned coach for one of the greatest ever, Roger Federer. The amiable Swede was in Mumbai recently and spoke on a variety of topics. Excerpts:

What’s your take on Sania Mirza and Leander Paes, considering you have played doubles?
They have done extremely well, especially Leander Paes. He was playing doubles during my time and I finished about 20 years ago and what Leander has done is quite amazing. To be so competitive, and still be around is fascinating.

Do you think Rafa or Novak will get past Roger, in terms of Grand Slams wins?
Twenty is a huge number. Is there anybody who is going to beat that? Difficult. But if there is one player who could do it in the near future it is Rafa. He has 16. He is younger than Roger and if he can keep his body intact, he definitely has a chance.

It is not going to be easy. Novak is even younger than Rafa but he is at 12. So, it is another eight more Grand Slams. It is going to be even more difficult for him. But if gets back playing the way he was playing, then he is going to win a few more. There’s no question about it. But it will be interesting to see, time will tell.

Were you surprised with Federer’s resurgence?
Yeah. When I took on working with Roger, I felt that he was in his later stage of his career. Being around, I owe him with a lot of work, with a potential to win a Grand Slam or two. He did great during these two years. May be, he deserved to win a Grand Slam but he did not. Then, I think he surprised all of us being away from the game for six months and coming back.

I don’t think the expectations were very high from himself and from a lot of other people too.

Usually, you take half a year to get back into the shape and everybody was surprised. The two players who were out for five-six months — Federer and Nadal — ended up playing the final at the Australian Open (2017). (It was) a huge surprise for everybody. And obviously, with a bit of an improvement in his game, definitely with his backhand, that really was very crucial. If there was some sort of a weakness in his game, that was on his backhand side.

While on the court it was Federer vs Djokovic. Off the court it was Edberg vs Boris Becker again. How did you take that?
We had a great rivalry in our time and who would have thought, I anyway did not, during the Wimble-don final a few years ago that Roger and Novak are on the court and Boris and myself sitting in one box. It is sort of a funny feeling in a way (and) at the same time, quite amusing.

Edburg vs Becker, on-court or off-court, what was more taxing?
During your career as a player, you were used to all those circumstances. You did it day after day. Sometimes, I feel it is a little harder, sitting as a coach. Not a lot you can do. So, it is tougher position sitting in the box.