Sports   Tennis  28 Jan 2017  An all Williams Australian Open final: Will it be Venus or Serena?
Sports, Tennis

An all Williams Australian Open final: Will it be Venus or Serena?

Serena Williams and Venus Williams will meet in the Australian Open final, their ninth Grand Slam final against each other. 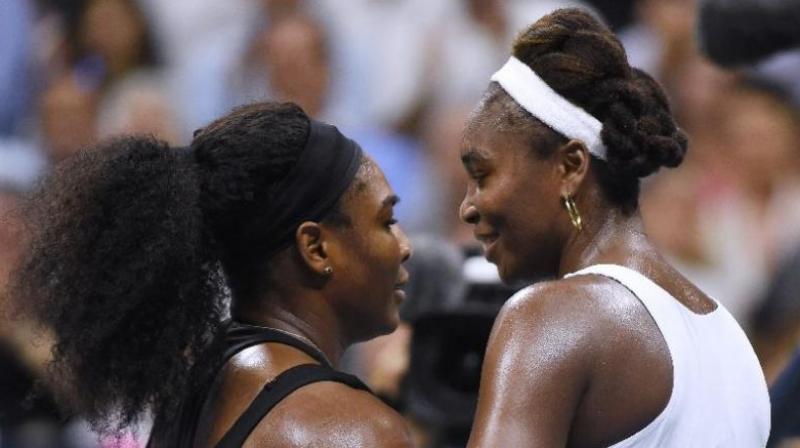 Serena Williams and Venus Williams have 29 Grand Slam titles between them.

Melbourne: An Australian Open electrified by the revivals of seasoned champions will bathe in the warm glow of nostalgia on Saturday when the Williams sisters contest the women's final at Rod Laver Arena.

Melbourne Park was where Venus and Serena Williams first clashed in a tour match in 1998 and nearly 20 years on, the Americans will add another chapter to tennis's greatest sibling rivalry.

In 1998, they were teenagers with cornrows and coloured beads in their hair sharing in an awkward second round encounter that 17-year-old Venus won in two sets. Venus hugged her sister, younger by a year, at the net and apologised for having to "take (her) out".

On Saturday, 35-year-old Serena will bid for a record 23rd grand slam title in the professional era while Venus will strive for her eighth, and first in almost nine years.

Serena drew level with Germany's Steffi Graff on 22 when she claimed her seventh Wimbledon title last year but her crowning moment was delayed when, as top seed, she was upset in the U.S. Open semi-finals by Czech Karolina Pliskova.

Serena no longer cares to talk about the record and stiffened when asked about it after her semi-final victory over Mirjana Lucic-Baroni, as if the weight of such an achievement might prove too heavy.

But a seventh title at Melbourne Park would add further credit to Serena's claim as the greatest of all time, despite being one short of Australia's Margaret Court, whose 24 major titles were split between the amateur and professional eras.

For 13th seed Venus, her first grand slam final in eight years is already a stunning victory of perseverance in the face of her struggles to manage Sjogren's syndrome, an auto-immune disease that causes fatigue and joint pain.

Both players stormed into the semi-finals without a set dropped. However, where Serena romped into the final with a 50-minute demolition of Lucic-Baroni, Venus needed to summon her peerless experience to fend off feisty fellow American Coco Vandeweghe in three sets.

Saturday's final will be the Williams sisters’ ninth at a grand slam and their first since Wimbledon in 2009, where Serena won in two sets.

As tempting as it may be, to see the Melbourne Park decider as a last flickering of a rivalry that shaped the women's game for a decade may be premature. Eras have come and gone but Serena has never left the stage, winning nine grand slam titles since turning 30.

Venus spent four years in the wilderness from 2011-14, a period in which she was unable to surpass a fourth round at any of the majors. But since a drought-breaking quarter-final at the 2015 Australian Open, Venus has risen again.

It took her sister to end her run at Wimbledon in the fourth round that year and again at the U.S. Open in the quarter-finals a few months later. Her semi-final run at Wimbledon last year was further evidence that Venus still has the hunger and the game to trouble the best.

"I think people realise this is an amazing job, so it's best to keep it," she said of her longevity.

Whether she can still beat the best will be decided on Saturday, where she will bid for her first Australian Open title, 14 years after her only other final at Melbourne Park ended in a three-set loss to her sister.

Serena, who holds a 16-11 winning record over Venus over their careers and leads 6-2 in Grand Slam finals, is favourite to win but knows better than to underestimate her sister's competitive spirit.

"She's my toughest opponent - nobody has ever beaten me as much as Venus has," she said. "This is a story. This is something that I couldn't write a better ending. This is a great opportunity for us to start our new beginning."