The 22-year-old became the fourth player to take the opening set against Federer at the US Open. 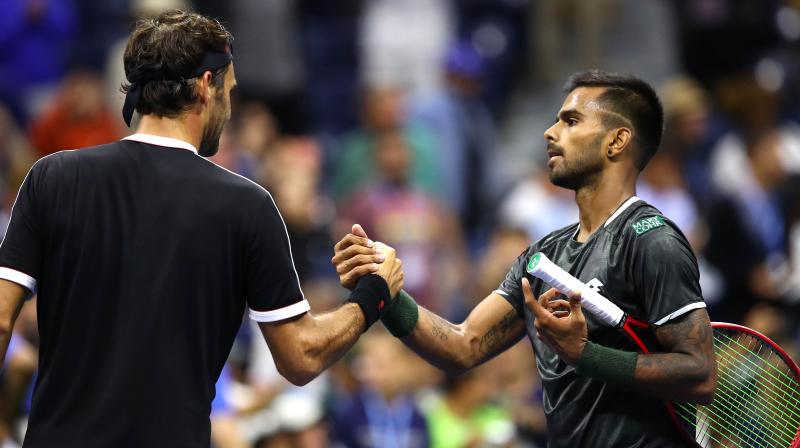 The 22-year-old Nagal had qualified for the US Open main draw on Friday. (Photo: AFP)

Nagal achieved the feat during his first-round match against Federer in the ongoing US Open as he outclassed him in the first set. Nagal ended up losing the match 6-4, 1-6,2-6,4-6 against Federer.

The 22-year-old became the fourth player to take the opening set against Federer at the US Open.

Peter Wessels (Netherlands), Jose Acasuso (Argentina) and Frances Tiafoe (America) are the other three people who have previously won the first set against the Swiss tennis maestro.

The first set was a closely fought affair as both Federer and Nagal went back and forth and at one stage the set was tied at 4-4. It was then that Nagal won games continuously, and the 22-year old won the first set 6-4.

The 38-year-old Federer was in no mood to slow down and he carried the momentum in the third set, and he easily wrapped up the set 6-2.

Nagal, who is currently ranked at the 190th position in the ATP rankings, was able to show grit in the fourth set as the scoreline was levelled at 2-2 at one stage, but Federer bounced back by playing an aggressive style of tennis, forcing Nagal to hang back on the court. In the end, the Swiss won the fourth set 6-4 and ended up winning the match.

The 22-year-old Nagal had qualified for the US Open main draw on Friday.

Nagal had become the youngest Indian in 25 years to qualify for the main draw of a Grand Slam as he had defeated Brazil's Jaao Menezes 5-7, 6-4, 6-3. He had earlier won the Wimbledon Boys' doubles title in 2015.

Earlier in the day, India's Prajnesh Gunneswaran was knocked out of the US Open in the first round by world number five Daniil Medvedev.