Djokovic demolished highly-regarded Austrian Thiem for the loss of just one game in the Rome Masters semifinals last week. 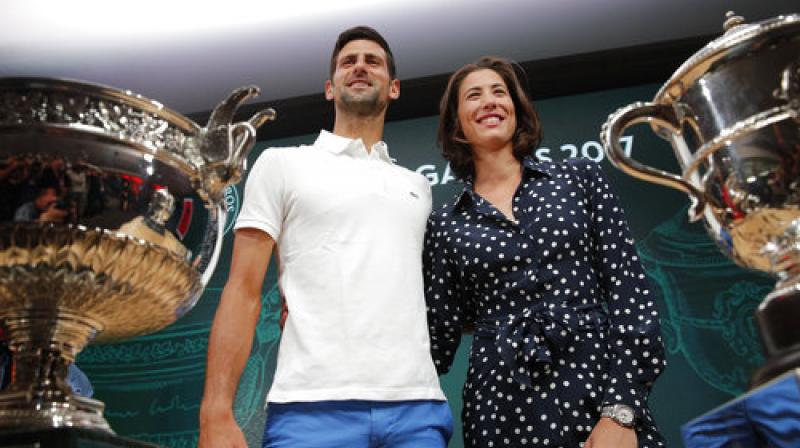 Paris: Defending champion Novak Djokovic and Rafael Nadal were drawn to face each other in a blockbuster French Open semi-final on Friday.

Nadal is chasing a 10th title at Roland Garros while second seed Djokovic, working with new coach Andre Agassi, is looking to defend the only major he still holds.

“Rafa is the number one favourite,” said Djokovic.

World number one Andy Murray is seeded to face 2015 champion Stan Wawrinka in the last four.

Murray could face dangerous Juan Martin del Potro in the third round.

Injury-plagued del Potro, who lost to Murray in the 2016 Olympics final, is playing Roland Garros for the first time since 2012.

If the seedings work out, 2016 runner-up Murray, who is reportedly suffering from an illness, would face Japan’s Kei Nishikori in the last eight.

The other quarter-finals would see Wawrinka meet 2014 US Open champion Marin Cilic, Nadal would meet Canada’s Milos Raonic while Djokovic could take on Dominic Thiem.

Djokovic demolished highly-regarded Austrian Thiem for the loss of just one game in the Rome Masters semifinals last week.

The 30-year-old Nadal has already reached the magical 10 titles number this year at the claycourt events in Monte Carlo and Barcelona.

For good measure, he also won Madrid for a fifth time, ending a seven-match losing streak, stretching back over two years against Djokovic in the process.

Nadal boasts a sensational career record at Roland Garros — 72 wins and just two defeats, to Djokovic in 2015 and an injury-affected shock loss to Robin Soderling in 2009.

On clay this year, Djokovic has been on an upward curve — quarter-finals in Monte Carlo, semifinals in Madrid and a runners-up spot in Rome where he was comprehensively demolished by Alexander Zverev.

Murray has endured a wretched season by his standards with an elbow injury not helping his cause.

He lost in the third round in Monte Carlo, made the semis in Barcelona, was a third-round loser in Madrid before an opening defeat in Rome to Fabio Fognini.

Nishikori, yet to get past the quarter-finals in Paris, begins against 21-year-old Australian Thanasi Kokkinakis.

Kerber is due to face defending champion Garbine Muguruza of Spain in the semi-finals.

“I am super-excited to be here. I am preparing the best I can but there is no magic pattern,” said Muguruza who comes into the tournament having suffered a neck injury in Rome last week.

Muguruza has a tough opener against former champion Francesca Schiavone.

Second seed Karolina Plisova was drawn to face 2014 runner-up Simona Halep in the semifinals but will start against Zheng Saisai of China.

Halep has an ankle injury and described her chances of making Roland Garros as “50-50” earlier this week.

The women’s event is regarded as being wide open with Serena Williams, Maria Sharapova and Victoria Azarenka all absent.