Yuki will be replaced by world no. 246 Prajnesh Gunneswaran for the tie which will be held in Tianjin on April 6 and 7. 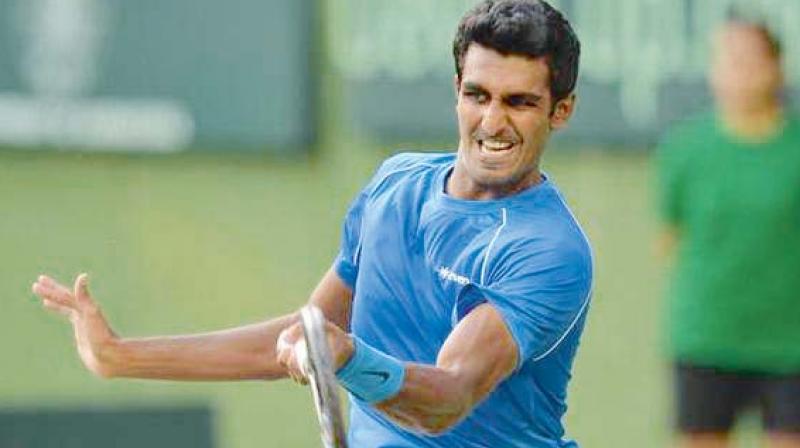 New Delhi: In a blow to India’s hopes in the Davis Cup, the country’s top ranked singles player Yuki Bhambri has pulled out of the Asia/Oceania Group 1 second round tie against China with shoulder and abdominal injuries.

“Yuki sent us an email this morning, informing us that he is injured and won’t be available to play. It is a big blow for us, there is no doubt. From being the favourites, we are suddenly the underdogs. But injuries are a part and parcel of a tennis player’s life and we will have to go out there with the team that we have and give it our best shot,” India coach Zeeshan Ali told this paper on Monday.

“The Chinese are not pushovers by any means. They were always going to be tough, even with Yuki playing for us. It just becomes tougher now.”

Yuki will be replaced by world no. 246 Prajnesh Gunneswaran for the tie which will be held in Tianjin on April 6 and 7.

“Prajnesh will be joining the team as the third singles player. If you go according to the ATP rankings, he is the next person in line. So based on that, he was the person we had asked the AITA to replace Yuki with,” Zeeshan, also a member of the AITA selection committee, said.

Yuki has been on a roll on the ATP circuit recently as he beat world no. 12 Lucas Pouille in the second round of the Indian Wells Masters. The world no. 107 lost in the next round to USA’s Sam Querrey in three sets and then qualified for the main draw of the Miami Open as well. At Miami, the Delhi boy reached the second round where he lost in straight sets to Jack Sock of the United States.

Ramkumar Raman-athan and Sumit Nagal are the other singles player in the team.

The coach felt if Saketh Myneni was available, he would have been a better replacement for Bhambri.

“Saketh has been injured since last year. He has not played much tennis unfortunately. If you take into consideration the kind of tennis he was playing before he was injured, he was would have definitely been a better replacement.

“Saketh was doing very well. He was pretty much up there. But unfortunately because of his injuries, he hasn’t played much tennis since last year. So obviously his ranking has dropped considerably as well. We are hoping that he will recover and get back into the team as soon as possible.”

Myneni has been out of action to treat his shoulder niggle from November. He lost in his first match on return, the first round of the $50,000 Challenger in Chennai earlier this month.