Federer now has a golden opportunity to add to his record 17 major titles and potentially gain revenge against Nadal. 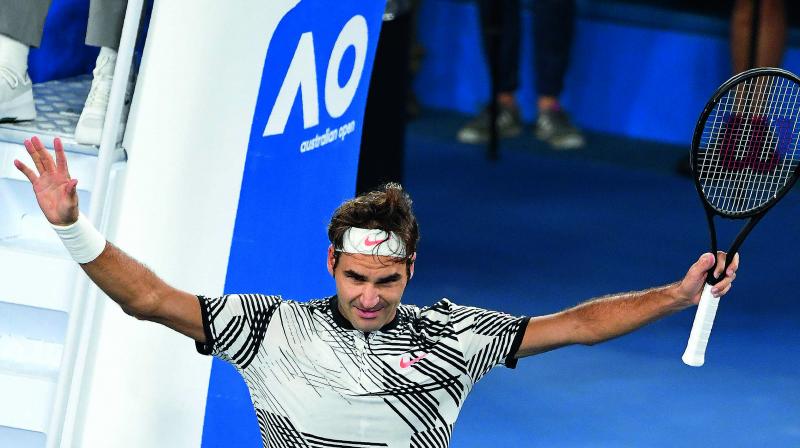 Switzerland’s Roger Federer after his win over countryman Stanislas Wawrinka in their Australian Open semi-final in Melbourne on Thursday. (Photo: AFP)

Melbourne: Roger Federer survived an all-Swiss thriller to push his incredible run all the way to the Australian Open final on Thursday, as Serena and Venus Williams clinched a dream women’s decider.

Federer was taken to five sets by a belligerent Stan Wawrinka before he pounced for a 7-5, 6-3, 1-6, 4-6, 6-3 victory to reach his first Grand Slam final since the 2015 US Open. It makes Federer, 35, the oldest major finalist since a 39-year-old Ken Rosewall at the 1974 US Open, with his long-time rival Rafael Nadal or Grigor Dimitrov awaiting on Sunday. Federer wasn’t the only one to turn back the clock as Serena and Venus Williams, aged 35 and 36 respectively, set up their first major final together in eight years.

Mirjana Lucic-Baroni and Coco Vandeweghe were the semi-final victims as the jubilant sisters went into their ninth Grand Slam title match. The women’s semi-finals had the highest average age in Open-era history, and the men’s tournament is also a blast from yesteryear after the exits of Andy Murray and Novak Djokovic, the top two seeds.

Federer, back from a six-month injury break, took full advantage as he weathered a fightback from fourth-ranked Wawrinka, who destroyed a racquet and took a medical time-out along the way. “It feels amazing,” Federer said. “I never thought in my wildest dreams that I would be going to be coming this far here... It’s beautiful, I’m so happy.”

Federer now has a golden opportunity to add to his record 17 major titles and potentially gain revenge against Nadal, who has won the last four of their eight Slam finals. While the Williams sisters marched on, it was at the expense of brave Croatian Lucic-Baroni, whose astounding Grand Slam comeback was halted by Serena. Lucic-Baroni, 34, took a selfie on court and blew kisses to her fans after her first Grand Slam semi-final in 18 years ended in a 50-minute, 6-2, 6-1 defeat. 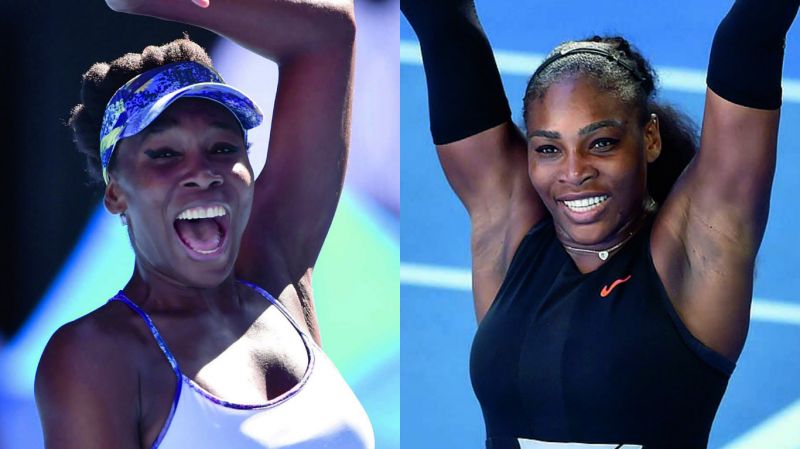 The 79th-ranked former teenage prodigy disappeared from the scene after fleeing her abusive father but she has tenaciously clawed her back to the very highest levels. “I’m proud of myself. I had an incredible two weeks, singles, doubles. I played semi-finals of singles, quarters of doubles. I would sign for that every time, for sure,” said the Croatian.

America’s Vandeweghe, who was also unseeded, was bitterly disappointed as she blew a one-set lead against Venus to lose 6-7 (3/7), 6-2, 6-3. “Straight after the match I was pretty upset. I had a feel-sorry-for myself moment,” the 25-year-old said, calling her loss from one set up a “missed opportunity”. “But what made me feel a lot better was when my team came over when I was in the gym sitting by myself, they came over, gave me a big hug.”

Attention will now switch to Friday’s men’s semi-final, when Nadal will play Bulgaria’s Dimitrov hoping to set up his ninth final against Federer. And the Williamses will prepare for their big moment on Saturday, when Serena is seeking an Open-era record 23rd major title and a return to world number one.

Paes, Hingis out
Leander Paes and his Swiss partner Martina Hingis crashed out of the mixed doubles competition with a 3-6, 2-6 defeat to the local pair of Sam Groth and Samantha Stosur in the last eight. Meanwhile, Zeel Desai lost to Elena Rybakina of Russia 4-6, 3-6 in the quarter-finals of the junior girls’ singles.