Venus Williams fought back from a set down to beat Coco Vandeweghe and reach the Australian Open final. 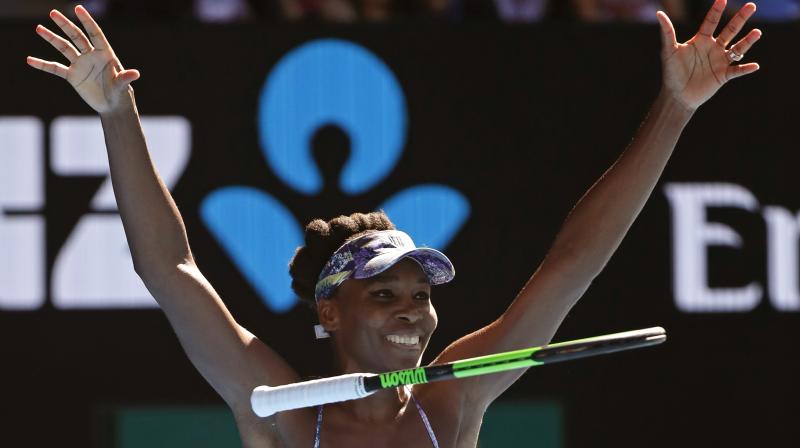 Venus Williams is in her first Grand Slam final since 2009. (Photo: AP)

She will play the winner of the later semifinal match between her sister Serena and Mirjana Lucic-Baroni. In 2003, Venus Williams finished runner-up to Serena in the Australian Open final. It’s the first time Venus has reached a Grand Slam final since Wimbledon in 2009.

Vandeweghe had already dealt with defending champion and world number one Angelique Kerber, French Open champion Garbine Muguruza, Eugenie Bouchard and 2015 US Open runner-up Roberta Vinci to get to the semi-finals.

The world number 35 broke Williams in the opening game of the match but double-faulted on break point. There were no more service breaks until the tiebreaker, which Vandeweghe claimed to take a one-set lead.

It was the first set Williams had dropped all tournament - and she hit back soon enough.

Vandeweghe dropped serve to love in the third game of the second set after being broken again to fall behind 4-1. That lead was enough for Williams to wrap up the second set with a couple of aces.

Williams kept the momentum as she broke Vandeweghe in the opening game of the final set and the former world number one clinched victory on her fourth match point.

"Everyone has their moment in the sun," Williams said afterward. "Maybe mine has gone on a while. I'd like to keep that going. I've got nothing else to do."