Eighty-third ranked Delbonis took advantage of some Djokovic errors in the second set. 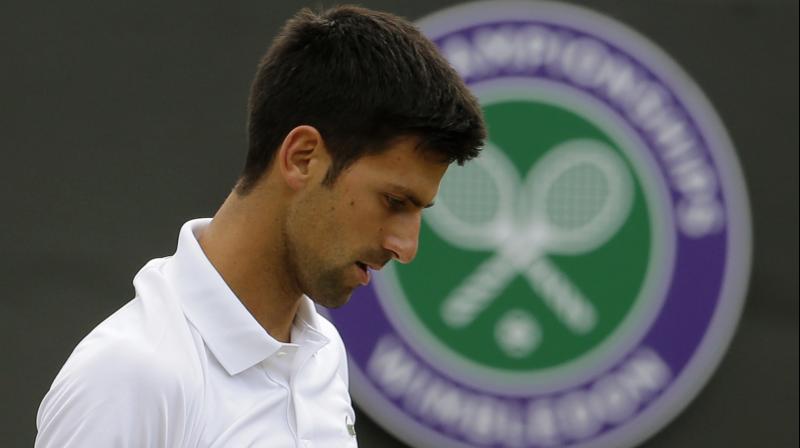 The result improved Djokovic’s impressive record against Argentine players. According to the ATP Tour, since 2007 only Juan Martin del Potro has beaten Djokovic, who is 36-3 against Argentines during the period. (Photo: AP)

World number one Novak Djokovic staved off a spirited challenge from Federico Delbonis for a 7-5 4-6 6-1 win in the third round of the Miami Open on Sunday.

Like Roger Federer the previous day, top seed Djokovic found it tough going against an unseeded opponent before prevailing in two hours in the Florida twilight.

Eighty-third ranked Delbonis, a left-hander with perhaps the highest ball toss in the game, took advantage of some Djokovic errors in the second set.

“I managed to really play well last couple games of first set, put myself in front, then I played a couple of really bad service games,” Djokovic told reporters.

“Credit to Federico, he stepped in. He was the one controlling the pace. I backed up. I didn’t have that much depth and power in my shots, and he used it.

“I think first two, three games of the third set were crucial. (I was) really fighting, trying to be present, regain the positioning on the court more than anything.”

The result improved Djokovic’s impressive record against Argentine players. According to the ATP Tour, since 2007 only Juan Martin del Potro has beaten Djokovic, who is 36-3 against Argentines during the period.

Next up for the Serb is Spanish 22nd seed Roberto Bautista Agut, who prevailed 6-4 6-4 over Italian 15th seed Fabio Fognini.

In Sunday’s late match, Nick Kyrgios had more trouble with a heckler than his opponent Dusan Lajovic.

Kyrgios won a point with an underhand serve in the first set, and the Australian then engaged in a heated verbal exchange with a spectator that continued for several points.

The spectator was eventually escorted away by security.

Kyrgios also had a brief outburst at the chair umpire in a dispute over a line call early in the second set, but then settled down and played out a 6-3 6-1 win in less than an hour.

Next up for Kyrgios is Croatian 11th seed Borna Coric, who battled back to beat Jeremy Chardy of France 6-7(2) 6-2 6-3, closing out in style with an ace.

Ramos-Vinolas broke Isner to start the match but the American saved the next four break points he faced to advance.

“I did a lot of things well today,” Isner said. “I played a good first set, even though I didn’t start it off well. In the second, it wasn’t quite as clean.

“I’ll talk to my coach and try to iron things out. But I’m into the round of 16 of a big tournament and I’m happy.”

Isner has practised with Edmund in Miami and they have split two meetings.