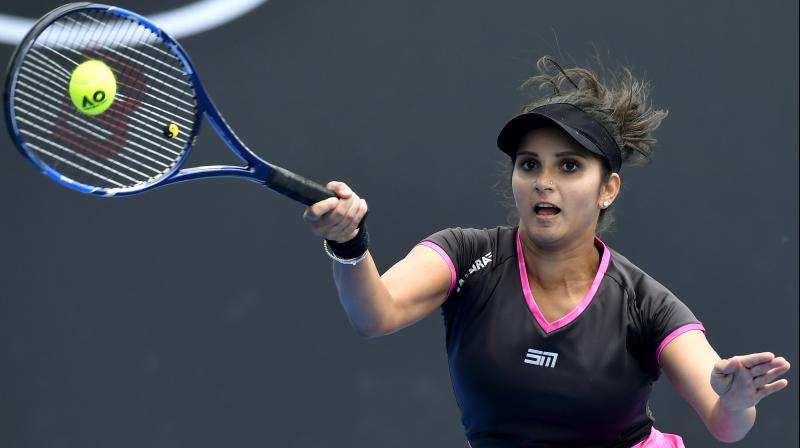 Melbourne: Sania Mirza and Ivan Dodig overcame the unseeded pair of Rohan Bopanna and Gabriela Dabrowski to enter the mixed doubles semifinals of the Australian Open in Melbourne on Wednesday.

Second seeds Sania and Dodig won 6-4, 3-6, 12-10 in one hour and seven minutes and could face Leander Paes and Martina Hingis in their semifinals if the Indo-Swiss pair win their match against Aussies Samantha Stosur and Sam Groth on Thursday.

It was an interesting match on Court 2 where the two Indians, who represented the country in mixed doubles at the 2016 Olympics, took on each other. At the Rio Games, Sania-Bopanna finished fourth, losing the bronze medal play-off tie.

It was a close match, with both the pairs matching each other stroke by stroke, especially during the tie-break. Bopanna and Dabrowski actually outplayed Sania and Dodig when it came to winners with 32 as compared to 19.

However, Sania and Dodig’s experience together came in handly as they won points at crucial junctures to seal the match and progress to the semifinals.