Incidentally, the Mhalunge Balewadi stadium is getting major infrastructure upgrade. 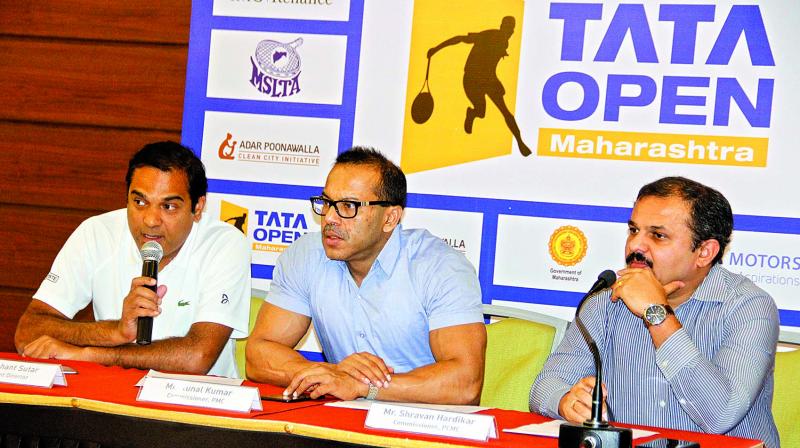 Pune-based Arjun Kadhe will get a direct entry into the main draw of the Tata Open Maharashtra.

Pune-based Arjun Kadhe will get a direct entry into the main draw of the Tata Open Maharashtra. The organisers announced the wild-card entries for the inaugural edition of the ATP 250 World Tour tournament to be held from December 30 to January 6 at the Mhalunge Balewadi Stadium in Pune. Yuki Bhambri and Ramkumar Ramanathan also got wild cards.

Kadhe comes to this event winning his first ever Futures title. On his way to the title, the Pune lad didn’t drop a single set and beat Australian Andrew Harris 7-5, 6-3 in the final of the hard court event played in Thu Dau Mot City, Vietnam. At 18, he got his first taste of the Indian ATP event playing the qualifying round of Chennai Open in 2012, losing to Kenny De Schepper in the first round.

The Maharashtra no. 1 tennis player who has been in great form recently and will learn from the mega event. In doubles, Kadhe won two ITF Doubles title in December itself. Alongside Mumbai lad Aryan Goveas, Kadhe beat the pair of Oleksandr Bielinskyi of Ukraine and Russia's Ronald Slobodchikov in the final of the Egypt Futures in Cairo. Before that, the same pair beat Adrian Exposito of Spain and Diego Matos of Brazil 7-5, 6-3 to clinch the doubles title in $15,000 ITF Futures tennis, making it three titles for Kadhe in two months.

Bhambri, India’s top-ranked singles pro on ATP at 116, will lead the Indian challenge at the event.  Ramkumar Ramanathan (142) comes to the main draw at the back ofwinning three titles in ITF Futures event.

“Being top-ranked Indian players, Yuki and Ramanathan will lead the Indian challenge in the singles event at the Tata Open Maharashtra. On the other hand, Kadhe is an emerging talent and this being his home ground, it would be an additional source of inspiration to do well. We wish all our wild-card entrants the best of luck,” said tournament director Prashant Sutar in a press release.

Besides announcing strong playing field with the likes of Marin Cilic, Kevin Anderson, Roberto Agut Bautista and  Robin Haase playing, the match tickets are priced competitively at Rs 150 only for attracting more crowd. They are also building a fan park in the lawn adjacent to the Centre Court for greater fan engagement.

Incidentally, the Mhalunge Balewadi stadium is getting major infrastructure upgrade.