Maria Sharapova's initial two-year ban was earlier reduced to 15 months following an appeal to the court of arbitration for sport. 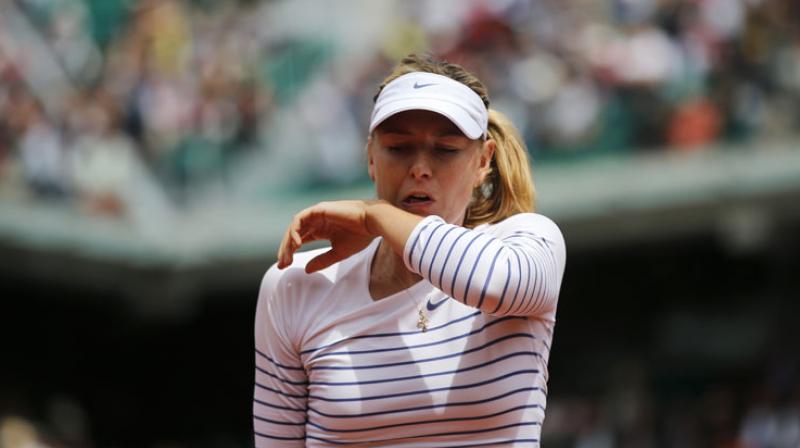 Maria Sharapova had made a return from her 15-month doping suspension without a ranking last month and has since risen to 211 in the world after receiving wildcards in Stuttgart, Madrid and Rome. (Photo: AP)

: Russian tennis star Maria Sharapova has been awarded with a wildcard entry in the upcoming 2017 Rogers Cup in , Tennis announced Tuesday.

Sharapova had made a return from her 15-month doping suspension without a ranking last month and has since risen to 211 in the world after receiving wildcards in , and .

The 30-year-old had been hoping to receive a wildcard either into the main draw or the qualifying tournament of the French Open, which she has won twice, but the French Tennis Federation (FFT) took the unexpected decision to refuse her entry.

The five-time Grand Slam champion will make her first appearance in since 2014 at the Rogers Cup, to be played August 7-13.

"I'm really looking forward to coming back to ," Sport24 quoted Sharapova as saying.

"I have some great memories of playing in the past and the tournament and the fans have always been so supportive. This is one of the biggest events of the year and I hope to play my best tennis that week," he added.

In April at the Stuttgart Open, Sharapova played her first match since her quarter-final defeat to World number one Serena Williams at the 2016 Australian Open, where she was tested positive for banned substance Meldonium.

Her initial two-year ban was earlier reduced to 15 months following an appeal to the court of arbitration for sport, which concluded she had not intended to cheat.

"Maria is a Grand Slam champion and a fan favourite," Rogers Cup tournament director Karl Hale. "She has served her suspension and we know our guests will be excited to see her play."