Andy Roddick and Kim Clijsters will be the headline inductees into the International Tennis Hall of Fame this year. 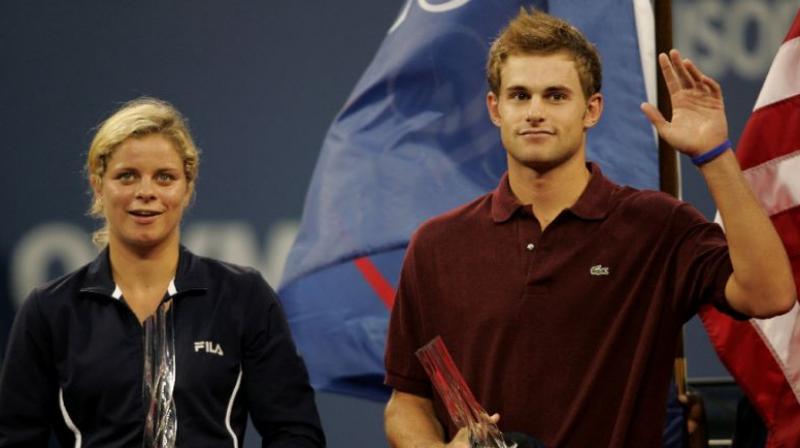 Melbourne: Kim Clijsters and Andy Roddick have been elected to the International Tennis Hall of Fame.

"It's the resting place you want for a tennis career," Roddick said of the Hall of Fame recognition at the Australian Open in Melbourne. "It's not something I thought I was entitled to. I'm not a shoo-in like Roger (Federer) or Serena (Williams) or anyone like that, so I certainly appreciate it."

Roddick was ranked No. 1 for 13 weeks before Federer gained the top ranking in February 2004 and held it for 237 consecutive weeks.

"I think to be inducted in the Tennis Hall of Fame obviously means you've done something really well in tennis, but also that you are respected by your fellow tennis players who are already in that position, and I feel very honored," Clijsters said in a video message posted to the Hall of Fame Twitter account.

Also in the Class of 2017 announced by the hall on Monday: wheelchair tennis player Monique Kalkman-van den Bosch, tennis historian and journalist Steve Flink, and the late instructor Vic Braden.

Roddick, Kalkman-van den Bosch and Flink were scheduled to participate in a ceremony at the Australian Open on Tuesday. The full class will be inducted at the hall on July 22.