Marin Cilic gets Europe off to flying start 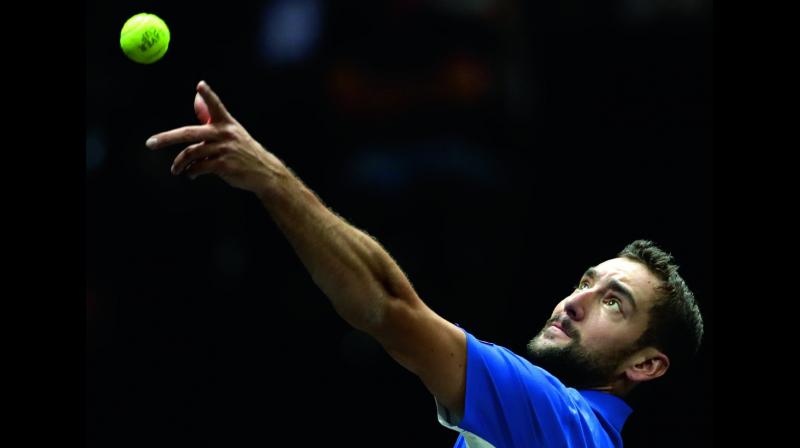 Prague: Croatian Marin Cilic got Team Europe off to a great start in the Laver Cup when he got past Team World’s Frances Taifoe in straight games on Friday. The sets were tough though, as the 7-6 (3), 7-6 (0) scoreline at the end of the one hour 47 minutes match suggests.

Cilic got his big forehand firing as he drilled timely winners past his American opponent. Rafael Nadal and Roger Federer have set aside their long-time rivalry as they turned up for Europe against the rest of the world in the inaugural edition of the Cup.

Team Europe, featuring the world’s top two players, are overwhelming favourites to win the three-day tournament, which is named after Australian great Rod Laver, with a squad boasting a combined 36 Grand Slam titles against none for Team World.

The teams are captained by Bjorn Borg and John McEnroe, whose own rivalry starting in the 1970s featured a contrast in temperament and style that made their matches the kind of must-watch events that Laver Cup organisers hope to showcase.

“I’ve been watching these guys play for so many years, it’s going to be a fun weekend. But make no mistake, we are here to win,” Borg, now 61, said.

Conceived by Federer and his sports management company Team8, the tournament is the latest to join a crowded calendar and comes on the heels of the Davis Cup semi-finals last week.

World number two Federer played down the impact of another event, saying matches over a short period were manageable and gave players on the two teams the chance to build camaraderie.

“I don’t think it’s too much otherwise all the players wouldn’t be here,” the Swiss great told a news conference. “The best (players) in the world are very picky in what (tournaments) they play, which (is why it) is great they made this a priority. (We’re) looking forward to making friendships because we play together and not against each other for a change,” he said. With five players inside the world’s top 10, the European squad is heavily favoured.