Maha Open organisers to put up a good show

On attaining the hosting rights for The Maharashtra Open, Pune’s Balewadi Stadium is leaving no stone unturned to deliver a successful event. 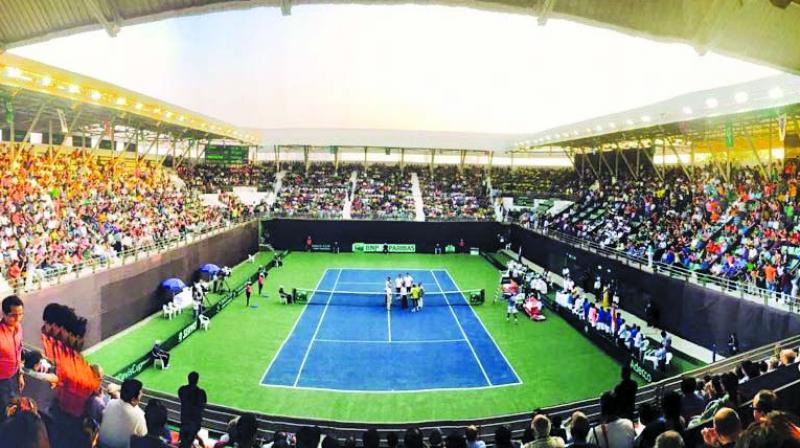 he Maharashtra Open can be a game changer in the state, which has been hosting several tennis tournaments in recent years, but hasn’t organised a major ATP Tour event of this magnitude.

After getting the hosting rights of the premier tennis event in India, the organisers in Pune are leaving no stone unturned to host a successful event. The Maharashtra Open can be a game changer in the state, which has been hosting several tennis tournaments in recent years, but hasn’t organised a major ATP Tour event of this magnitude.

Pune hosted the Davis Cup tie between India and New Zealand in February and has already hosted three editions of the ATP Pune Challenger $50,000 tournament. The successful organisation of these two games helped Maharashtra State Lawn Tennis Association (MSLTA) to get the tournament after IMG-Reliance, who own the ATP 250 level tournament, ended their association with the Tamil Nadu Tennis Association two years before the contract was to expire.

“We have already made many changes in the venue before successfully hosting the Davis Cup, but more needs to be done. We are meeting IMG(R) next week since they have the experience of hosting ATP Tour events. Accordingly, we will decide what more upgrades are required at the venue,” said Sunder Iyer, secretary, MSLTA.

With the support of the Maharashtra state government, the MSLTA has signed a five-year deal with IMG-R.

Balewadi in Pune has excellent facilities which was evident during the Davis Cup tie between India and New Zealand. It will host the annual $50,000 ATP Challenger in October-November, which will be a reality check post relayed courts before the inaugural Maharashtra Open.

It also remains to be seen whether current big names in World Tennis will come to Pune. There are minor concerns like absence of direct connectivity to Pune and the location of the tennis stadium on the city outskirts, but organisers are confident of attracting top players. The city has successfully hosted international football and cricket matches besides the Indian Premier League and Indian Super League.

“Balewadi stadium isn’t too far from the city now. Pune City has expanded, and Balewadi is now in the centre of the town. It is roughly just a two-three hour drive from Mumbai, which is the average travel duration in other ATP tournaments held across the world. Pune also has an international airport with direct flights from places like Dubai and Frankfurt. Most players practice in Dubai so they can directly come to Pune,” Iyer said.

Lift to Pune Tennis after CYG Games
Mumbai was the epicentre of tennis activities in the state until Balewadi Sports Complex was constructed to host the 2008 Commonwealth Youth Games. Now Pune is buzzing with activities after getting six courts and a quality centre court in Balewadi.

“The venue is built in such a way to get more space for hosting major events as per the ATP regulations,” said Iyer, who was overseeing the construction of the tennis courts inside the complex.

“We are producing quality national players. Lots of people come to watch. We had full houses during Davis Cup, including fans from Mumbai. This factor will help us in hosting the Maharashtra Open. We can do a World Group event in the Davis Cup,” Iyer added.