Sharan on Sunday shared the news with his fans on Twitter, revealing the two are hitched. 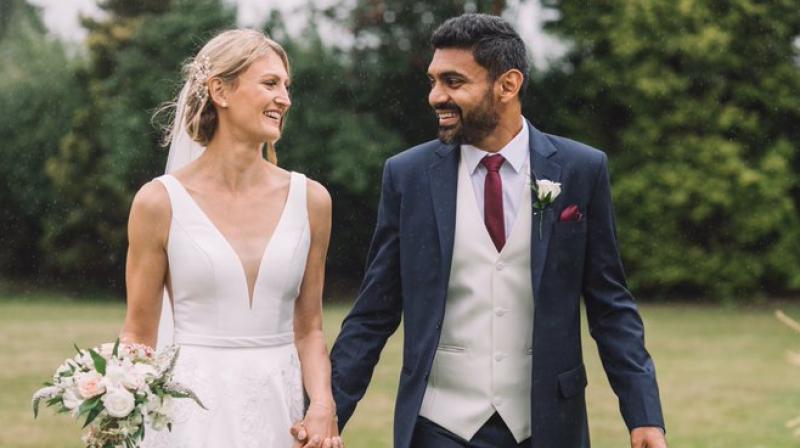 Divij Sharan along with Indian tennis star Rohan Bopanna overcame the British duo of Luke Bambridge and Jonny O'Mara to clinch the ATP tour title in men's doubles event at the Maharashtra Open in January this year. (Photo: Divij Sharan/Twitter)

Sharan on Sunday shared the news with his fans on Twitter, revealing the two are hitched. "My best partner @SamMurray87 #SamAndDivHitched #PerfectMatch #SamWedsDivijPart1," Sharan wrote alongside a photo from their wedding.

Sharan and China's Yingying Duan were handed defeat at the hands of British duo of Eden Silva and Evan Hoyt in straight sets of mixed doubles in the second round of the Wimbledon.