Lost his trophy, lost his edge — is Djoko era over? 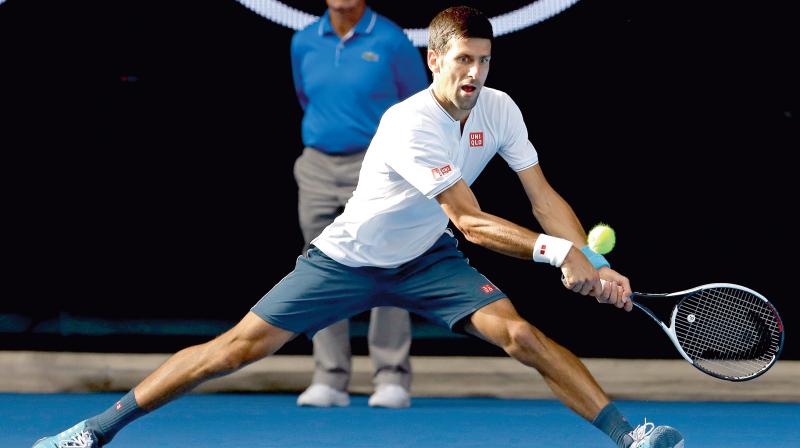 Melbourne: Former coach Boris Becker claimed Novak Djokovic has lost his aura of invincibility and his era of dominance is over after his seismic early exit at the Australian Open.

The tennis world was abuzz over six-time champion Djokovic’s stunning five-set loss to the 117th-ranked Uzbek Denis Istomin, his earliest exit from a major since Wimbledon 2008.

The 12-time Grand Slam champion’s latest calamity comes on the back of a troublesome second half of last season where he lost his world number one ranking to Andy Murray and relinquished his Wimbledon and US Open titles.

After winning the French Open in June for the first time, Djokovic held all four Grand Slam singles titles, but he has not won a major since.

Becker, who split with Djokovic at the end of last year after three years as his coach, says the door is now open to the next generation as the Serb nears his 30th birthday.

“I’m really shocked that Novak Djokovic lost,” said Becker, who is part of Eurosport’s live coverage of the Australian Open.

Becker, a six-time Grand Slam champion and twice winner of the Australian Open, said Djokovic’s fall offers his younger rivals the incentive to push on.

“It’s a big door open now,” Becker told the New York Times in Melbourne. “We talked about the next gen for a long time, and now is the time for these 19-, 20-, 21-year-olds to go through the door.

“When the top dog is struggling a bit — and no disrespect to Andy Murray, but Novak was the top dog — the way was blocked. But now it’s a shift.”

‘Take my bags and go’
Becker said Djokovic was missing his trademark intensity and will to win in Thursday’s match, and wasn’t “mentally going crazy” as he used to.

Australia’s former Wimbledon champion Pat Cash was adamant that Djokovic’s time as a dominant force was over.

“His defeat just shows that Novak has absolutely lost his edge, there’s no doubt about that,” Cash told the BBC.

“I’d love to see him competing, to be a true number two fighting for that number one spot, but at this rate I don’t think we will see that.”

Djokovic, who faced the media moments after coming off the Rod Laver Arena court where he has won six finals, agreed that his opponents now know he is beatable.

“Sure. They wouldn’t be playing against me or any other opponent or any other tournament, for that matter, if they don’t believe that they can win,” he said.

“They go out and they try their best.”

Asked what he would take from the defeat, he said: “Take my bags and I go home.”

Rafael Nadal, a 14-time Grand Slam champion and the 2009 Australian Open winner, and one of those who can capitalise on Djokovic’s early departure from the draw, said he saw nothing significant about his great rival’s loss.

“What Novak did here is just amazing. Six victories, six titles. For a lot of years he has been in the semi-finals, finals and winning here,” Nadal said after reaching the third round.

“This is probably an accident, that’s all,” added the Spaniard.

“He’s playing well. Everybody has the chance to lose when you go on court.”