French Open's new dates, one week after the current scheduled conclusion of the US Open, have put Wimbledon and US Open in dilemma 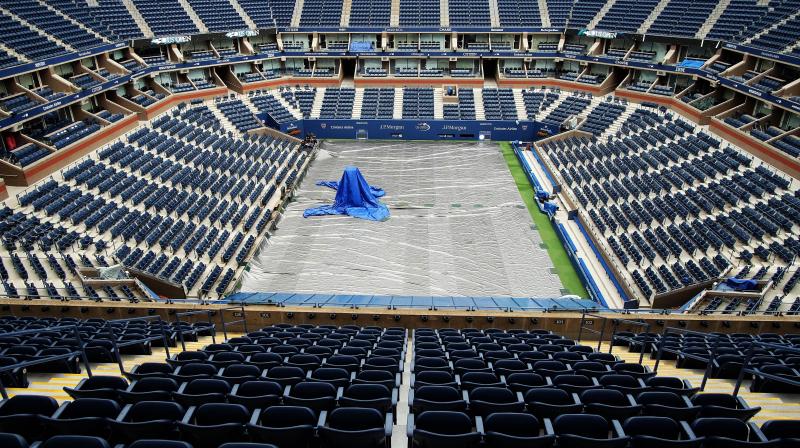 A view of the court at Arthur Ashe stadium. AFP Photo

New York: The US Tennis Association acknowledged Tuesday that developments in the coronavirus pandemic could dictate moving the US Open, now scheduled to start in August.

But the American federation said it wouldn't determine any new date for its flagship Grand Slam without consulting the other major championship organizers, the International Tennis Federation and the ATP and WTA tours.

"We recognize that such a decision should not be made unilaterally," the USTA said in a statement -- a scarcely veiled jab at the French Tennis Federation which announced earlier Tuesday it was moving the second Grand Slam of the year, the French Open, to September 20-October 4.

In postponing the event originally scheculed for May 24-June 7, the French Federation apparently declined to consult other stakeholders in the sport.

The chosen dates, one week after the current scheduled conclusion of the US Open, caught the ATP and WTA by surprise.

They conflict with the Laver Cup in Boston, where Europe's top players are scheduled to take on a World team.

Roger Federer has already committed to the event.

The US Open, the final Grand Slam on the calendar, is scheduled to run August 24-September 13 at the Billie Jean King Tennis Center in Flushing Meadows, New York.

"The USTA is continuing to plan for the 2020 US Open and is not at this time implementing any changes to the schedule," the USTA said.

"These are unprecedented times, though, and we are assessing all of our options, including the possibility of moving the tournament to a later date."