Since the birth of Izhaan, Sania came out in public and asked the women to openly welcome the state of motherhood. 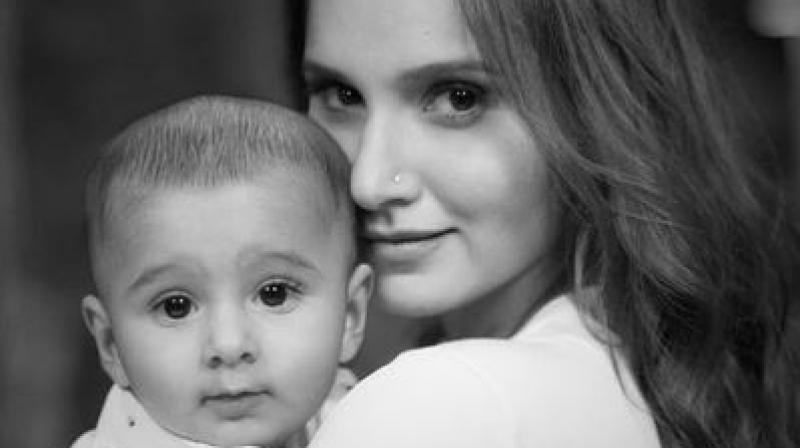 Since the birth of Izhaan, Sania came out in public and asked the women to openly welcome the state of motherhood. Since Izhaan took birth, the 32-year-old has let the fans to view her beloved little son.

Recently, in the latest episode of "The Love Laugh Live Show", which was aired on Romedy Now on September 14, the mother of one has revealed that she was playing Tennis just two nights before Mirza gave birth to Izhaan.

During the episode, Sania joked about how the 2004-Arjuna Award winner wanted to deliver the baby and during the middle of her pregnancy she chose to play tennis in her home.

Sania stated, “Two nights before I gave birth, I was playing tennis. I have a tennis court in my house and I was so sick... and I was like I need this baby to come out. So I was just like, at least, let me play tennis, maybe there's something going to happen.”

When Sania was asked if tennis was the main reason, Sania smiled and added, “Well, nothing happened. It was all mental but I felt better.”

However, the 2005 WTA Newcomer of the Year Award winner shared a post on her instagram account in which gave a little glance of her little one. In the post, the wife of former Pakistani cricketer Shoaib Malik opened on being in the state of motherhood and how she and Shoaib Malik had welcomed Izhaan to their life.

Nevertheless, Mirza didn't disclose Izhaan's full face in the photo, but her words overwhelmed the fans and left them in awe of the family.

So it’s been 5 days since we came into this world .. Me as a mother and my little Izhaan as my son ❤️ we’ve even watched Baba play some cricket together since we’ve arrived 😀 it truly is the biggest match ,tournament achievement I’ve ever won or had and there is no feeling or blessing that can be greater than this.. I finally have gotten sometime after this overwhelming feeling to get online and check the msgs and love we have received. Shoaib and I feel truly blessed and humbled with the wishes and love that us as parents and Izhaan have received ❤️ Thank you to each and every one of you ..we love you right back! Love , Sania ,Shoaib and Izhaan 💖 @realshoaibmalik #Allhamdulillah

The 2015 Wimbledon winner in the women’s doubles category also revealed about her body’s reaction, when she became pregnant and lastly she also disclosed how gained huge weight during her pregnancy period.