The winner of 16 ATP titles, Bopanna is regarded as a late bloomer but he prefers to live by the adage “better late than never”. 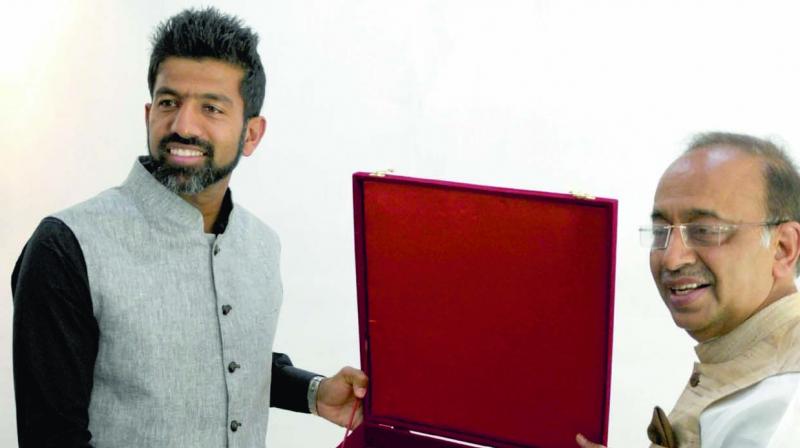 New Delhi: Tennis is as much about technique as tenacity. Rohan Bopanna can vouch for it, after waiting 14 years to win his first Grand Slam.

He has now become a headline act, after years of basking in reflected glory, following his French Open mixed doubles triumph with Canada’s Gabriela Dabrwoski.

But he insists it has only strengthened his resolve, of keeping “belief in himself”.

“Never give up on your dreams. That is something, which stands out (in this win),” the 37-year-old said, after meeting sports minister Vijay Goel here on Wednesday.

He became only the fourth Indian to win a Grand Slam but reckoned that defeats “teach you more”. “I worked towards my goal, every single day and I am feeling grateful that my team also put in efforts. Although tennis is an individual sport, everyone has contributed in it,” he added.

The winner of 16 ATP titles, Bopanna is regarded as a late bloomer but he prefers to live by the adage “better late than never”.

“Age is only a number. You can’t set a timeline (for achievements). As long as you believe in yourself and work hard, nothing can stop you.”

The highest ranked Indian in doubles, at 25th place, he has also notched up impressive Davis Cup wins, but they haven’t quite vaulted India into the World Group. He admitted without a singles star it would be difficult to run shoulders with elite countries. “To get singles champions, we need to have a system in place at the grassroots level. We have a very limited support from the federation (Aita), or corporates. We need that system to compete with European standards. We still have a long way to go.”