The German fourth seed defeated Federer 6-3, 6-4 in a summit clash that lasted 68 minutes at the Centre Court. 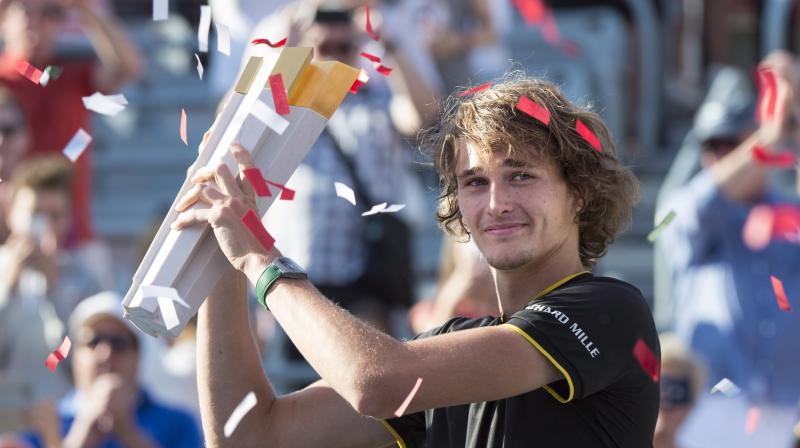 With the win, Zverev became just the third man to beat the 19-time Grand Slam champion this year. (Photo:AP)

Toronto: Germany's Alexander Zverev came out with a powerful performance as he stunned Swiss maestro Roger Federer in straight sets to win the men's singles title of the Rogers Cup here on Sunday.

The German fourth seed defeated Federer 6-3, 6-4 in a summit clash that lasted 68 minutes at the Centre Court.

Zverev had the 36-year-old on his heels from the start of the game and needed just 30 minutes to win the first set.

Federer, 36, however, started to find his groove early in the second set but suddenly appeared out of sorts while the world number eight broke in the seventh game to pull ahead 4-3 and then held on for a surprise win.

With the win, Zverev became just the third man to beat the 19-time Grand Slam champion this year. This was the German's fifth title of the year.

The German added a second ATP World Tour Masters 1000 title of the season, adding to his victory in Rome. He joins Federer atop the tour-level titles leaderboard in 2017 with a fifth crown in total.