Indian tennis star Sania Mirza is likely to send a representative for her court hearing in a tax evasion case. 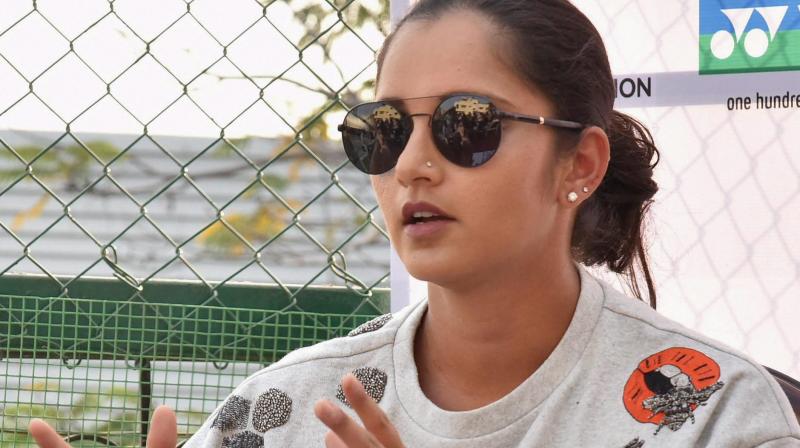 Hyderabad: According to sources a representative of Indian tennis star Sania Mirza will appear before the authorities in her absence to answer a summon by the Commissioner of Service Tax here, in connection with an investigation against alleged non-payment/evasion of Service Tax.

The court date is set for February 16 with Mirza being away on the WTA tour.

The future course of action on whether to pay tax or contest the claims by the Service Tax Department will be decided after the meeting between the officials and her representative.

The Principal Commissioner of the Service Tax office here issued the summons to the tennis star on February 6, asking her to appear before it in person or through an authorised agent on February 16.

Sources said that she may not appear before the authorities as she has gone to Australia from where she will be travelling to USA. Due to these reasons, a request was made that one of her representatives will appear on her behalf.

The notice from the Service Tax Department said if she fails to comply with the summons and intentionally avoid to attend or to give evidence and to produce the documents and things, without a lawful excuse, she will be liable to be punished under the relevant provisions of IPC.

According to sources, Sania is due for payment of Service Tax on the amount of Rs 1 crore she received from the Telangana government after being appointed its 'Brand Ambassador'.

"This amount she received for being 'Brand Ambassador' falls under the Service Tax purview and it is due for Service Tax payment," they had said adding "Rs 1 crore amount attracts Service Tax of 14.5 per cent besides interest, and penalty has also to be paid on the Service Tax."

In July 2014, the Telangana Government had announced that Sania would be Telangana's brand ambassador, and gave her Rs 1 crore towards preparations for major tournaments.