Federer stressed that hard-court indoor surface was a good choice given the preponderance of other tournaments on the crushed earth.. 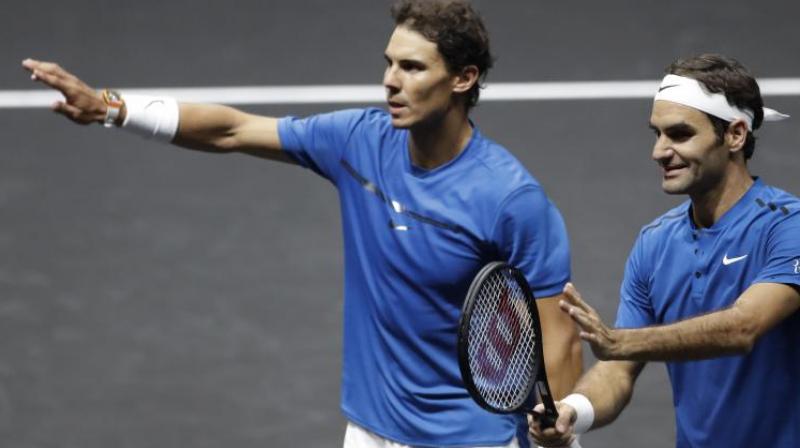 Nadal, who certainly enjoys playing on clay, had earlier vented his frustration about the hard-court surface at the ATP Finals. (Photo:AP)

Johannesburg: 19-time Grand Slam champion Roger Federer has expressed his disapproval over world number one Rafael Nadal's suggestions that it would be fairer to play ATP World Tour Finals on clay courts.

Nadal, who certainly enjoys playing on clay, had earlier vented his frustration about the hard-court surface at the ATP Finals and suggested that it would be better if the season-ending event at least occasionally took place on his preferred surface.

It should be noted that the prestigious season-ending event, which Nadal has yet to conquer, has never been held on clay since its commencement in 1970.

When asked about Nadal's desire for a clay finale to the season, Federer stressed that hard-court indoor surface was a good choice given the preponderance of other tournaments on the crushed earth.

"Fair'? I'm not sure if it's the right word. I think it's right and fair that it's indoors, as well. There is no Masters 1000s on grass. There is one Masters 1000 indoors: Paris. So I feel like indoors also deserves its place," Sport24 quoted Federer, as saying.

However, Federer, who is making his 15th appearance at the end-of-the-season event, said that the ATP finals could be held in clay court once in a while.

Federer's comments came after he kicked off the season-ending tournament with a thumping a 6-4, 7-6 (7-4) win over Jack Sock of America on Sunday.

Though Nadal has finished the year at the top of the world rankings, Federer is the odds-on favourite to end his incredible year with a win in London. While Federer has lifted Wimbledon and Australian Open this year, Nadal picked the other two titles at Roland Garros and Flushing Meadows.