Sports   Tennis  13 Sep 2019  Kim Clijsters says she will be coming out of retirement
Sports, Tennis

Kim Clijsters says she will be coming out of retirement 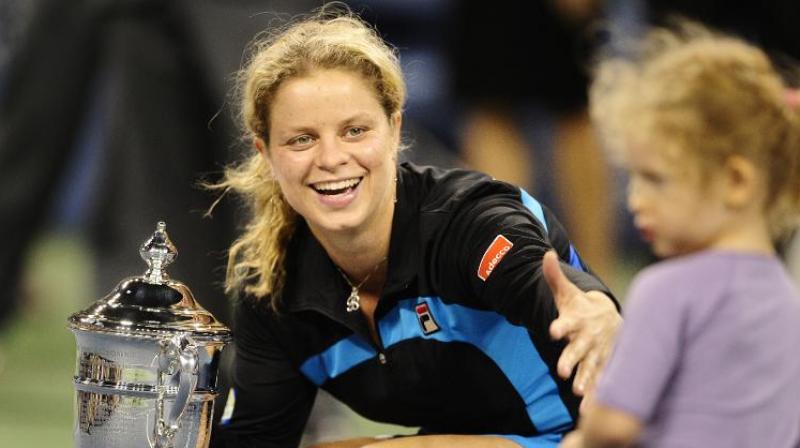 Tennis star Kim Clijsters has announced that she would be coming out of retirement and will be making a return to the tennis court in 2020. (Photo:AFP)

New Delhi: Tennis star Kim Clijsters has announced that she would be coming out of retirement and will be making a return to the tennis court in 2020.

She posted a video on Twitter and said, "what do I really want in life? For the past seven years, I have been a full-time mom. And I love it. I really, really do. But I also loved being a professional tennis player. And honestly, I miss that feeling. So... what if I tried to do both? Could I be a loving mom to three kids and best tennis player I possibly could be? Let's do this, let's come back one more time. See you in 2020."

Hi guys, I’m excited to finally be able to share this news with you… #wta #2020 pic.twitter.com/tm7jYMEwrH

The 36-year-old last played competitive matches seven years ago. Following her retirement, she was inducted into the International Tennis Hall of Fame as a member of the class of 2017.

This will be the Belgian's second comeback into tennis as she first made a return in 2009. Her outing proved to be successful as he managed to win three out of four titles.

With her win in 2009, she became only the third Women Tennis Association's (WTA) player to win a major trophy after giving birth to a child.

She was also able to reach the number one spot in the rankings in 2011.

The Belgian had made her debut in 1999 and she recorded her first major in 2005 as she won the US Open.