Sports   Tennis  12 Jun 2017  Wawrinka blames himself for being too hesitant in final
Sports, Tennis

Wawrinka blames himself for being too hesitant in final

The 32-year-old Swiss had only one break point, early on, and then never threatened Nadal 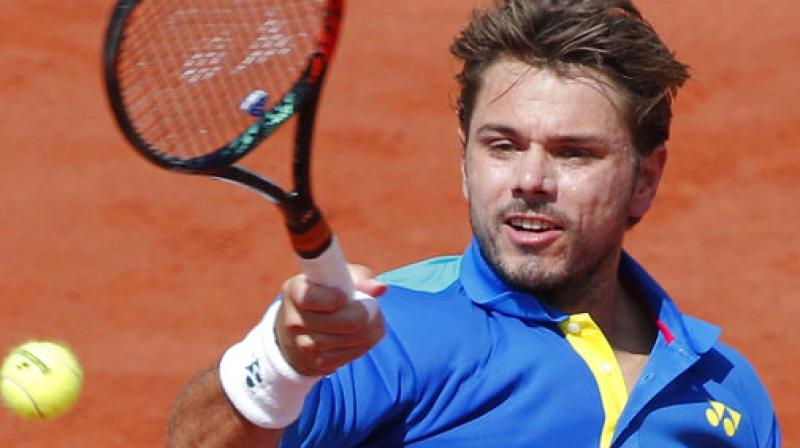 Paris: Until Sunday, Stan Wawrinka had an unblemished record in grand slam finals but then he had never faced Rafa Nadal in a final in the Spaniard's favourite arena -- Court Philippe Chatrier at the French Open.

"He's playing the best he's ever played," the third-seeded Wawrinka told a news conference after watching Nadal collect the trophy "He's the best ever on clay; it's always a tough challenge."

Wawrinka, the French Open champion in 2015 when Nadal lost to Novak Djokovic in the quarter-finals, said the Spaniard had lived up to his expectations on Sunday.

"It was the Rafa I was expecting. We saw how he has been playing since the beginning of the season -- fit, aggressive, his level has been incredible," said Wawrinka, who had lost to Nadal on the same court in the 2013 quarter-finals.

The 32-year-old Swiss had only one break point, early on, and then never threatened Nadal and he blamed himself for being too hesitant.

"When you hesitate on how to play a ball, your legs move later and it's too late. You have to be able to play without thinking. If you hesitate for half a second, it's already too late.

"If you're not completely free... you don't want him to take the lead and play even more freely," said Wawrinka, who became U.S. Open champion last year.

Wawrinka, however, took positives from the tournament as he had been on the comeback trail after a first-round loss in Madrid and a second-round defeat in Monte Carlo.

He entered the final on an 11-match winning streak following his title in Geneva.

"It was an amazing tournament. Today I lost the final but three weeks ago I was feeling down, I had doubts about my game," said Wawrinka.

"Then I won Geneva and I reached the final of a grand slam. That's big for me but I will need a few days to really see that."