He insisted that he never doubted his nephew would end his three-year Grand Slam drought. 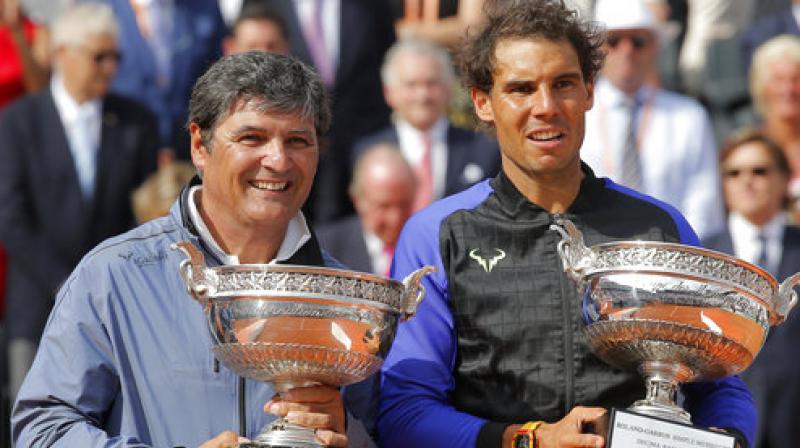 Spain's Rafael Nadal, right, poses with the special Decima cup while his uncle Toni Nadal holds the men's winner cup after the final match of the French Open. (Photo: AP)

Nadal demolished Stan Wawrinka 6-2, 6-3, 6-1 in Sunday's final at Roland Garros to become the first man to win the same Slam on 10 occasions. It was also his 15th major, coming three years after his last, and will move to number two in the world next week.

"Everything went brilliant -- the match was a lot quicker and easier than we were expecting," said 56-year-old Toni who has coached his nephew since he was three years old but will step aside at the end of 2017.Twelve months ago, Nadal quit the French Open with a wrist injury before the third round.

Many thought that setback, the latest in a series of injury problems throughout his career, would spell the end of his time at the top.

But he has responded this year by making the final of the Australian Open and dominating the clay court season, losing just one match to Dominic Thiem in Rome while sweeping to titles in Monte Carlo, Barcelona and Madrid.

"Wawrinka had a really tough semi (he needed five sets to beat Andy Murray). I was always confident that Rafa would win -- he was the favourite going into it, the team knew it and so did Rafa," Toni told Eurosport.

"But you're always expecting a nervous encounter as we saw at the start, both of them were quite nervy but when Rafa calmed down he was able to dismantle Wawrinka's game and he had few chances. "Nowadays Rafa has a truly brilliant backhand, something that before was difficult for us."