Aita has failed by all means: Somdev Devvarman

I’m not saying that tennis players need to run the federation. 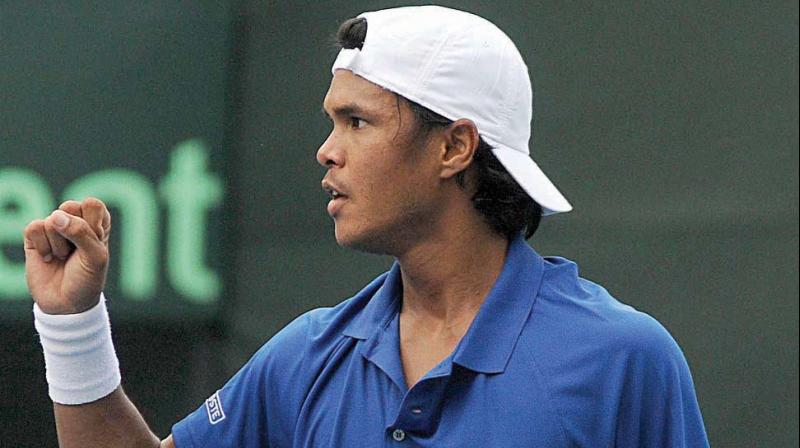 Chennai: Former India No.1 Somdev Devvarman and the All India Tennis Association have been at loggerheads since the ambitious Centre of Excellence (COE) project came to a grinding halt due to a drastic budget cut from the sports ministry.

After Somdev who was supposed to head the centre lashed out at the Aita for its lack of involvement, the federation returned the volley by challenging the former player to implement his vision.

On Friday, Somdev didn’t mince words while responding to the Aita.

Q The Aita has challenged you to implement your vision…
I don’t really care if someone likes me or not. My point is how do you actually make tennis in India better and who’s going to do that and how we’re going to do it. I’m pretty sure my role as a national observer is to come here and observe things. My role is to make sure that the communication between the government and the federation is better and understood more clearly. The COE was a way to actually better the whole system. It would have had a physio, psychologist and a strength-training coach. Junior players in India have no idea what the guidance is. If I’m not the guy to do it (setting up the COE), absolutely no problem, but someone has to do it. And if it’s not the federation’s job, how can you say it’s the national observer’s job. If I had the power to implement, I would have done a lot more than what I have done already.

Q Do you think the project would have gained momentum by now without the involvement of the Aita?
I think it’s possible to do it without the Aita’s support. I think it requires an immense amount of time and good funding. And we also need somebody with good contacts at the international level. If you want to get the best people in the world you have to pay them the best.

It’s not justifiable for me to reduce their pay. Secondly, tennis is a truly global sport. Imagine the risk these professional coaches take to shift their base to India. And I did that. After I did that, they cut the budget into the half. With the way I speak, a lot of time, my honesty is mistaken for being rude. But the intention is not that.

Q Ever since the government appointed you as a national observer of tennis, there have been controversies, one after another…
It’s coming from people who don’t do their job well. They have to point fingers at other people. I think what Aita has to understand is that by trying to talk other people down, they don’t go up. It doesn’t matter whether I’m the national observer or if somebody else is. They still have a job at hand which they have failed by all means to show any progress in the last thirty years. I was asking them a question as a concerned player, as a fan, as somebody who cares about tennis in India. In fact, I’m very clear that they know a whole lot about nothing. Are we actually talking about a body that actually cares about its players or are we talking about a body that’s actually trying to make some noise but not actually do any work?

Some time ago, there was a controversy about Ankita Raina being left out of a scheme. Well, you called the scheme ‘Target Olympic Podium’. Had you called the scheme ‘Target Asian Games Podium’, it would’ve been completely different! Ankita was left out of that and we heard a lot of complaints. Let’s not forget, Prajnesh Gunneswaran who made it to the Australian Open main draw on Friday was also left out of the scheme and he was ranked higher than Ankita. He’s going to break into the top 100 and he’s still not been funded by the government. But you don’t hear Prajnesh over there yelling or the Aita defending him.

I’m not saying that tennis players need to run the federation. But I’m saying that there should be some influence from players who’ve played the game at a good level. And I don’t see that.