Sir Andy Murray to be treated like 'royalty' in Melbourne

Andy Murray's brother, Jamie, said it would be 'weird' to hear broadcasters and announcers in Melbourne call his sibling 'Sir'. 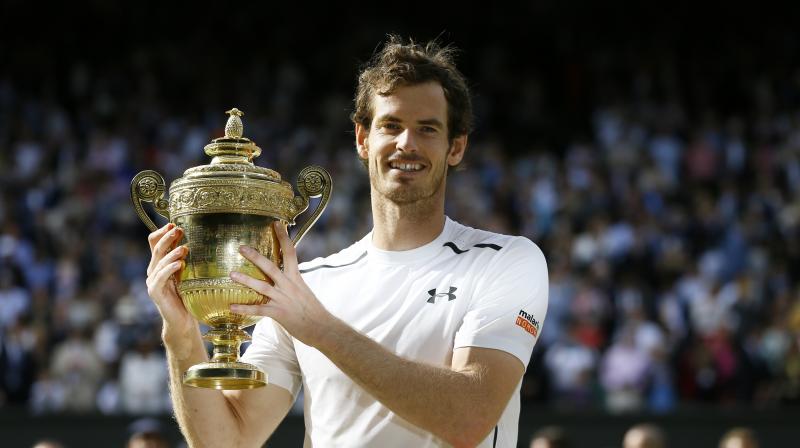 Andy Murray was knighted in Britain's New Year Honours list after a magnificent 2016 and tennis chiefs have been mulling what to call him. (Photo: AP/ File)

Melbourne: The men's world number one is set to be treated as tennis royalty at the Australian Open next week with the official local broadcaster planning to refer to him as "Sir Andy Murray".

The Scot was knighted in Britain's New Year Honours list after a magnificent 2016 and tennis chiefs have been mulling what to call him, according to the Sydney Morning Herald.

It said Channel Seven had decided to reference the three-time Grand Slam champion by his new official title when he plays his first match in Australia since being recognised by the Queen.

"Not only is he tennis royalty, he's now a Knight Bachelor, so yes of course we will be showing him the respect he deserves and refer to him as Sir Andy Murray," the broadcaster's head of sport Saul Shtein said.

Murray's brother, Jamie, playing doubles at the Sydney International, said it would be "weird" to hear broadcasters and announcers in Melbourne call his sibling "Sir".

"If he is walking out on to court and the announcer is calling him as Sir Andy Murray, that would be a bit weird, yeah," he told the Herald.

Earlier this week, Murray told British media he wants his rivals on the circuit to keep calling him Andy.

"A few of the players have been chatting to me about it and asking how it works, what does it mean and what do we call you," Murray said. "Andy is fine."

He enters the opening Grand Slam of the year as a five-time loser in the Melbourne Park final and determined to end the jinx.