The 29-year-old Serbian joined Roy Emerson as the most successful men's champion at the Australian Open last year with his sixth title. 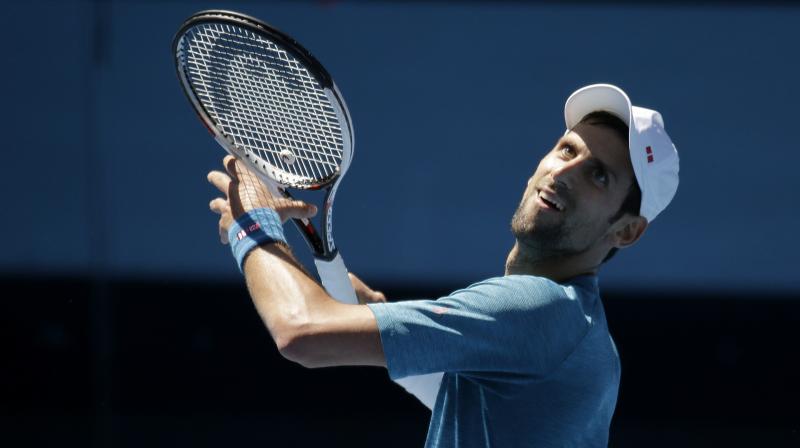 In recent years he has made the blue hardcourts near the centre of the city his own, winning the men's title five times in the last six years since 2011. (Photo: AP)

Melbourne: Novak Djokovic has no pretensions to being a super spy but the number 007 has got the Australian Open champion "pumped" ahead of the year's first grand slam.

The 29-year-old Serbian joined Roy Emerson as the most successful men's champion at the Australian Open last year when he beat Andy Murray for his sixth title at Melbourne Park.

Seven, however, has a nice sound to it, the former world number one said on Thursday.

"007, Why not? Maybe this is the year. Seven in 17. I'm not a numerologist but it sounds good," a laughing Djokovic said in an interview on the Australian Open website on Thursday.

"In terms of my feelings of coming to Melbourne, the last five or six years it has been pretty much the same. I am very pumped to do well."

In recent years he has made the blue hardcourts near the centre of the city his own, winning the men's title five times in the last six years since 2011.

Such has been his dominance since he won his maiden grand slam title in Australia in 2008, he has lost just three times at Melbourne Park.

All were in the quarter-finals, with the 2014 loss coming at the hands of eventual champion Stan Wawrinka.

Every time he has made the final, he has won the tournament.

In four of those finals he has beaten current world number one Murray, who he also bettered in a scintillating final in Doha at the weekend.

Murray, who was knighted in the New Year, had a phenomenal second half of 2016 that included clinching his second Wimbledon title and Olympic gold at Rio as Djokovic's season dramatically fell off after he beat his rival at Roland Garros.

The Briton's strong form vaulted him to the top of the world rankings meaning Djokovic is not the top seed at the season-opening grand slam for the first time since 2014.

"Andy deserves to be number one," Djokovic said. "He had a tremendous last six months of 2016.

"This year we have already played a thrilling match and I am looking forward to our rivalry.

"Considering the memories I have and the results in the past I am really looking forward to being back again. I'm not the only one who is excited but it does give me goose bumps to come back (and) ... I'm feeling phenomenal."