The qualifiers of the same will be held on Saturday and Sunday, from which four players will progress to the main draw. 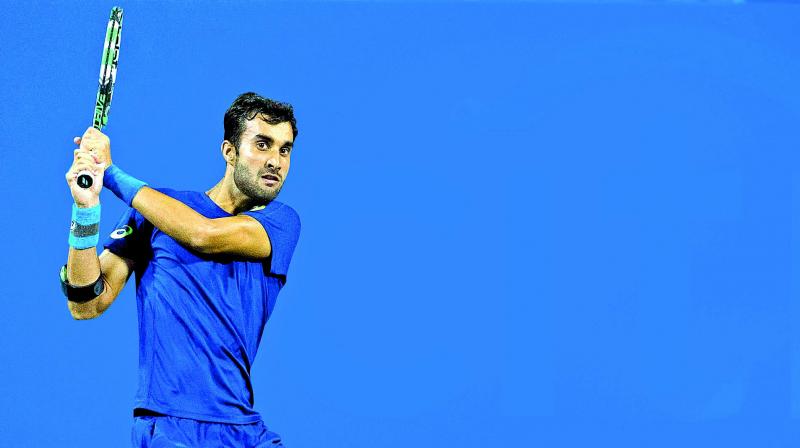 The $5,0000 event will serve as a dress rehearsal for the inaugural Maharashtra Open. The tournament will be followed by a WTA event in Mumbai.

Pune is set to host the ATP Challenger event from Monday. The six-day, $50000 event named the KPIT-MSLTA ATP Challenger 2017 will be organised by the Maharashtra State Lawn Tennis Association and Pune Metropolitan District Tennis Association at the Balewadi Tennis Complex. The qualifiers of the same will be held on Saturday and Sunday, from which four players will progress to the main draw.

Four players including Mumbai’s Aryan Goveas and Pune’s Arjun Kadhe will receive  a wild card entry to the tournament. The fourth edition of the $50000 tournament with hospitality will serve as a dress rehersal for the Maharashtra Open slated to be played at the same venue in January before the Australian Open. The state is also set to host the WTA event in Mumbai immediately after the ATP Challenger in Pune.

The Maharashtra Open ATP World Tour event (USD 550,000 event) and the WTA event is all set to attract some top players and will serve as preparatory tournament for the Australian Open. Pune is currently hosting the $25000 ITF women’s championships.

“Maharashtra hosted 12 international tournaments this year, which is the most in India, and Pune alone hosted seven of these tournaments,” said Sunder Iyer, Hon. Secretary of MSLTA. Those tournaments in Pune included the prestigious Davis Cup earlier this year.

The ATP Challenger winner will get 80 ATP points which organisers feel is equivalent to the $75,000 tournament in terms of points as it includes hospitality also. “We will take care of the hospitality of the main draw players for minimum of four days. Around 50 KPIT employees will be helping us in taking care of the logistics. It shows the involvement of our sponsors,” Sunder added.

Former top 100 players like Blaz Kavcic of Slovenia and Radu Albot of Moldavia with Indian Davis Cuppers Yuki Bhambri, Ramkumar Ramnathan, Saketh Myneni, Prajensh Gunnewaran, apart from players from over 16 countries will be part of the strong line-up in the tournament.

“I don’t think there is any other Challenger event in India of that magnitude, which has been held  continously for four years. The credit goes to KPIT and PMDTA for that. Indian players look forward to the event to get valuable points,” MSLTA President Bharat Oza said.

“The cut-off this year is at a high of 304 (rankings) against 500 last year. This shows the quality of the tournament has improved. We do this like a tour event. The objective is to get more Indian players to play and also promote tennis by conducting coaching clinics side by side. The event has laid the foundation for other tournaments in Pune, which is satisfying,” PMDTA President and chairman of the organising committee Kishor Patil said. “We had more than 110 entries this time. We expect at least 8-10 players from India to make it to the ATP draws in the main and qualifying draw, which in turn will give them an opportunity to compete at a world class level and that too on home turf,” Patil who is also MD and CEO of KPIT, added.