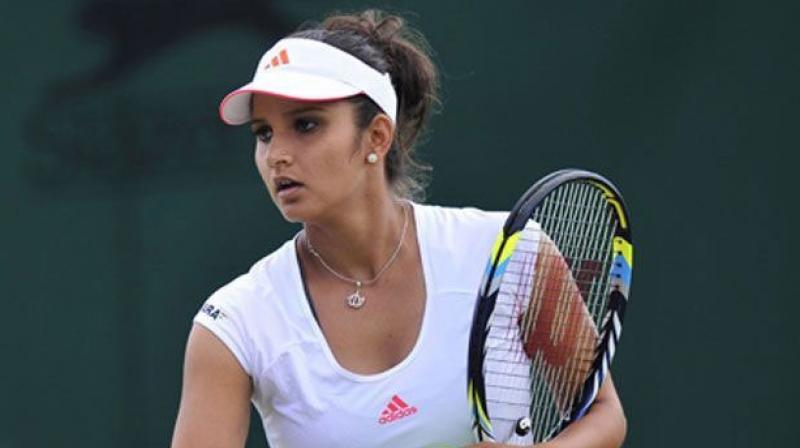 London: Indian tennis ace Sania Mirza and her Belgian partner Kirstens Flipkens produced a spirited performance as they bounced back from a set down to book their place in the third round of the women's doubles event at Wimbledon 2017.

After comfortably winning the first set, the Indo-Belgium pair went down in the second before they rebounded strongly to post a 6-3, 3-6, 6-4 win over the British duo of Naomi Broady and Heather Watson in a clash that lasted one hour and 45 minutes.

Mirza and Flipkens will now take on third-seeded team of Martina Hingis and Chan Yung-jan for the quarterfinal berth on Monday.

Meanwhile, Mirza also booked her place in the mixed doubles event of the third major of the season. The Indian tennis star and her Croatian partner Ivan Dodig got better of Japanese pair of Yosuke Watanuki and Makoto Ninomiya 7-6 (7-5), 6-2 in a one-sided second round.

The fourth seeds will now lock horns with Finnish-British combination of Henri Kontinen and Heather Watson in the third round.

In another mixed doubles' event, India’s Rohan Bopanna and his Canadian partner Gabriela Dabrowski swept aside French-Romanian team of Fabrice Martin and Raluca Olaru 7-6 (2), 7-5 in the second round.

The Indo-Canadian pair, who clinched the mixed doubles title?at French Open, will next take on Croatians Nikola Mektic and Ana Konjuh for a place in last eight.