Medvedev showed he was still up for the fight in the second as he increased his first serve percentage. 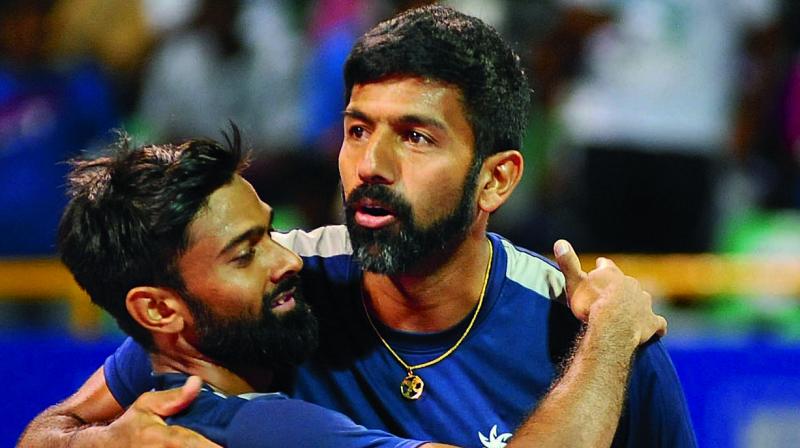 Chennai: World No. 14 and second seed Roberto Bautista Agut clinched his first ATP Chennai Open tennis title and fifth Tour crown to kick start his season on a grand note, here at the SDAT Stadium on Sunday. The Spaniard got the better of Russian Daniil Medvedev 6-3, 6-4.

Rohan Bopanna and Jeevan Nedunchezhiyan emerged supreme in the doubles as they beat Purav Raja and Divij Sharan in an all-Indian final.

For Medvedev, who is ranked 99 in the world, it had been a dream run in the season-opener until he faced Agut in the showdown. Medvedev, high on confidence having reached his first Tour final, started off well by rifling down an ace. But it was Agut who raced to a 3-1 lead by breaking the Russian in the fourth game. Medvedev’s battle to save four break points proved futile.

Medvedev, who had staged a remarkable comeback from a set down to oust Dudi Sela of Israel in the semi-final, was a pale shadow of himself.

Serving for the set at 5-3, Agut entertained the crowd with a few down-the-line forehand winners, before wrapping up the set with an ace.  At the end of the first set his service percentage stood at 59 with two double-faults but with four aces to Agut’s one.

Medvedev showed he was still up for the fight in the second as he increased his first serve percentage. He also fired in three aces. But seven games into the set, Medvedev had to call on the physiotherapist to attend to a sore muscle in his right leg. In the ninth game after a double fault by Medvedev at 30-30, Agut got the opportunity to take lead. A cracking down-the-line backhand winner did the job. Serving for the championship at 5-4, Agut made no mistake to emerge supreme.