Rafael Nadal defeated Nick Kyrgios 6-2, 6-1 in what turned out to be a one-sided summit clash in Beijing. 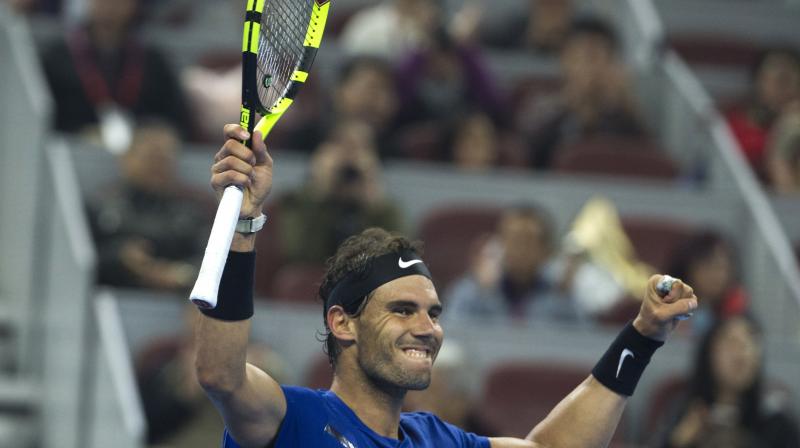 Beijing: World No. 1 Rafael Nadal extended his win streak to 12 straight after defeating Australia's Nick Kyrgios in straight sets on Sunday to win the men's singles title of China Open.

Nadal defeated Kyrgios 6-2, 6-1 in what turned out to be a one-sided summit clash in Beijing.

"Finally I won this event again," said Nadal after his comprehensive win.

The Spaniard, who remains undefeated since returning to numero uno spot in world rankings on 21 August, tightened his grip on the top spot in the ATP Race To London.

Now up to 2,360 points over Swiss maestro Roger Federer, Nadal has put himself in prime position to cap his 2017 campaign in No. 1 fashion.

Victory in Beijing gives Nadal his 75th career crown, moving to within two titles of John McEnroe for fourth on the Open Era list.

It was his second triumph in the Chinese capital, having previously defeated Guillermo Coria for the 2005 trophy.