Nothing funny for Djoker in Paris

Rohan Bopanna has reached the mixed doubles final along with Gabriela Dabrowski. 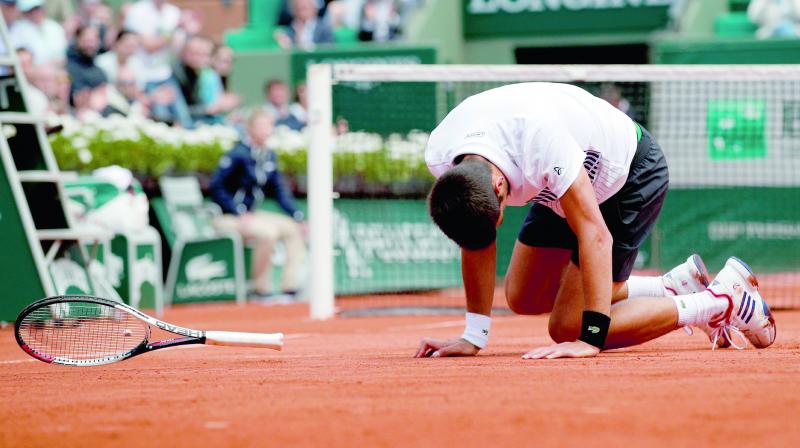 Austrian sixth seed Thiem sent the world number two crashing to his earliest loss in Paris in seven years with a memorable 7-6 (7/5), 6-3, 6-0 triumph.

It also piled the pressure back onto the 12-time Grand Slam winner to prove that he is still a contender at the majors following a second-round exit at the Australian Open in January.

“All the top players go through this. I will get through it and learn the lessons and figure out how to get out of it,” said 30-year-old Djokovic. “It’s a big challenge but I am up for it.”

The defeat was Djokovic’s first straight-sets loss at a major in four years and comes just 12 months after he completed the career Grand Slam in Paris.

He then also held all four majors.

Wednesday saw him suffer a first 6-0 ‘bagel’ at a Slam since the 2005 US Open while the defeat will also see him slip out of the world’s top two for the first time in six years.

“It’s a dream to beat Novak for the first time and reach the semi-finals at Roland Garros again,” said Thiem, who was beaten by Djokovic in straight sets in the semi-finals in Paris in 2016.

It was Thiem’s first win over the Serb in six meetings.

Rafael Nadal qualified for the semi-finals for the 10th time after compatriot Pablo Carreno Busta retired with injury while trailing 6-2, 2-0.

Thiem trails Nadal 4-2 in career meetings but remains the only man to beat the Spaniard on clay this year after winning in the Rome quarter-finals.

Halep will meet second seed Pliskova for a place in Saturday’s final after the second defeated Garcia 7-6 (7/3), 6-4.

It is Bopanna’s second  career appearance in the summit clash of a Grand Slam.

They face Germany’s Anna-Lena Groenefeld and Colombia’s Robert Farah, who beat Australia’s Casey Dellacqua and Rajeev Ram of the US 6-7(5), 6-3, 10-5 in the other semi-final.