The last teenager to reach the final at Roland Garros was Ana Ivanovic, who was also 19. 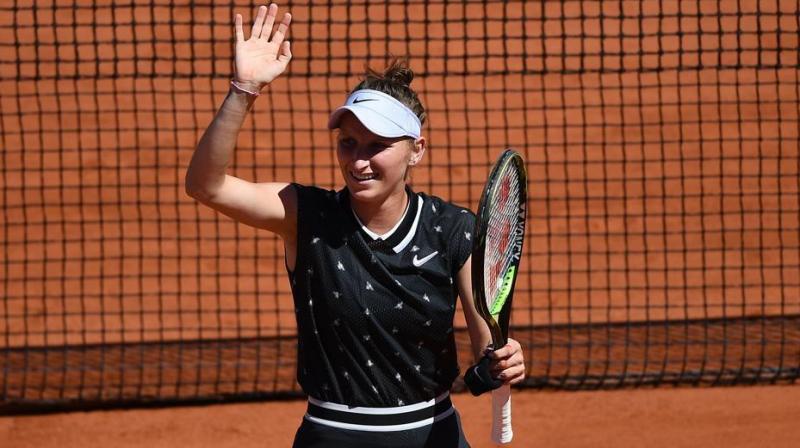 Paris: Nineteen-year-old Marketa Vondrousova is the first teenage finalist at the French Open in more than a decade.

The last teenager to reach the final at Roland Garros was Ana Ivanovic, who was also 19 when she finished runner-up to Justine Henin in 2007.

Vondrousova saved three set points while trailing 3-5 in the opening set.
Vondrousova will face either eighth-seeded Ash Barty or 17-year-old American Amanda Anisimova for the title.

The women's semifinals are starting at Roland Garros on an unusual day and at unusual courts - and the placement of the matches away from the main stadium has been criticized by the head of the women's tennis tour.

WTA CEO Steve Simon says the tour is "extremely disappointed" by the scheduling and calls it "unfair and inappropriate."

Normally, all French Open singles semifinals are held in Court Philippe Chatrier, with the women on Thursday and men on Friday. But after a full day of play was washed out by rain on Wednesday, tournament officials were forced to shuffle the schedule.

With quarterfinal action moved to Thursday, the women's semifinals got shifted to Friday, sharing the day with the men's semis.

With more rain in the forecast Friday, the decision was made to put the two women's semifinals on simultaneously at the second- and third-biggest courts at Roland Garros, starting just after 11 a.m.

The two men's semifinals, including Rafael Nadal against Roger Federer, were to be played back-to-back at Chatrier.

Simon's statement said the women "earned their right to play on the biggest stage." It added that the WTA thinks "other solutions were possible," although didn't offer any.

All four French Open singles semifinals are scheduled on the same day and the most-anticipated matchup features Rafael Nadal against Roger Federer.

The other men's semifinal Friday is Novak Djokovic against Dominic Thiem.

It is the first time since 2011 that the four men seeded 1-4 all reached the semifinals at Roland Garros.

Federer vs. Nadal is one of the great rivalries in sports. This will be their 39th meeting overall, and sixth at the French Open - but first in eight years.

In the women's semifinals, 17-year-old American Amanda Anisimova tries to follow up her upset over defending champion Simona Halep by beating No. 8 seed Ash Barty.

The other women's matchup is Johanna Konta against 19-year-old Marketa Vondrousova of the Czech Republic.