Wimbledon 2017: 'I was bored,' Bernard Tomic says after first-round defeat 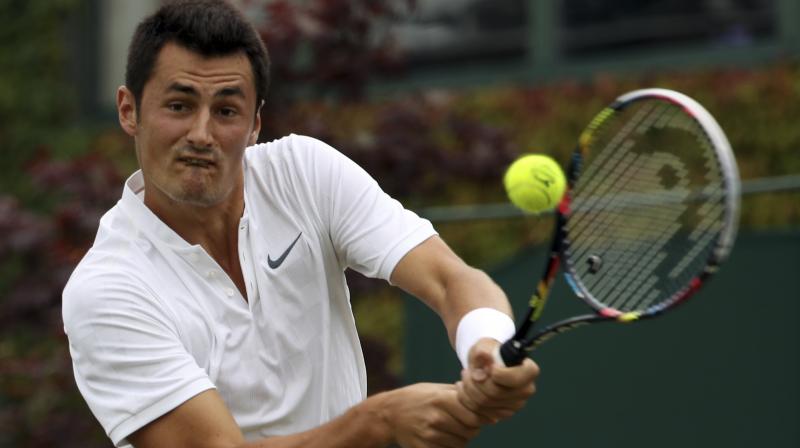 "It was definitely a mental issue out there. Wasn't mentally and physically there to perform. I don't know why, but, you know, I felt a little bit bored out there to be completely honest with you," the 24-year-old told reporters.

Tomic, whose career has stagnated since being touted as Australia's next grand slam winning hope, entered into a bizarre exchange with a reporter after being asked whether he would consider handing back his prize money.

Reminded that he had said he was bored, Tomic continued: "We all work for money. At 34, maybe I can donate to charity. If you ask Roger if he'll do it, I'll do it."

It is not the first time Tomic's attitude has been called into question. In 2012 he was suspended from Australia's Davis Cup team with Tennis Australia citing his poor attitude.

In 2014 he was booed on Rod Laver Arena after quitting with an injury against Rafa Nadal at the Australian Open.

His off-court behaviour has also landed him in trouble - in 2015 he was arrested in Miami on charges of trespassing and resisting arrest after a late-night party.

Tomic, who reached the Wimbledon fourth round last year, faces a further drop in the rankings from his current position of 59th. He said a lack of motivation was the problem.

"It's a roller coaster, and I just can't seem to find the commitment to work hard, to enjoy, and to lift trophies," he said. "Maybe I have to look at a few things, maybe play less tournaments. The last two years, nothing motivates."

One person on Twitter was so upset about Tomic's defeat on Tuesday he called on him to be deported from Australia.

"That's his opinion. I'm sure he's on the computer somewhere making $50 an hour," Tomic said. "I'm going to play another 10 years, and I know after my career I won't have to work again."