US Open 2019: Roger Federer knocked out by Grigor Dimitrov 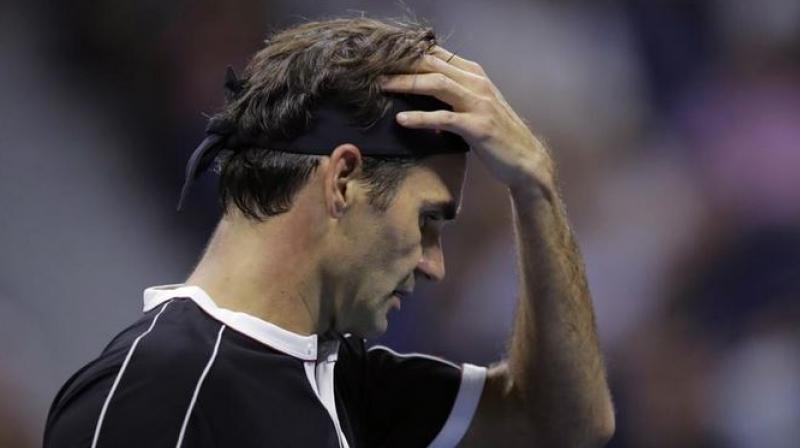 New York: In an intense five-set match, Bulgarian tennis player Grigor Dimitrov registered a 3-6, 6-4, 3-6, 6-4, 6-2 victory over Roger Federer on Wednesday during their US Open clash to secure a semi-finals spot in the tournament.

Federer got off to a good start as he won the first set by 3-6 and gave a tough competition in the second set but lost by 6-4.

Thirty-eight-year-old Federer again made a comeback in the game and won the third set by 6-3. After losing the third set, Dimitrov came out furiously on Federer and secured a 6-4, 6-2 win in the next two sets.

After the victory, Dimitrov said that he was a 'little nervous' in the first set.

"It's been a while since I played on that court, so in the first set I was a little nervous and I was just trying to find my rhythm around the court," Association of Tennis Professionals (ATP) quoted Dimitrov as saying.

"He was serving really good, as he did throughout the whole match. The only thing I was telling myself was to stay in the match. I knew physically I was feeling really, really good," he added.

In semi-finals, Dimitrov will face the winner of Matteo Berrettini and Gael Monfils' clash.