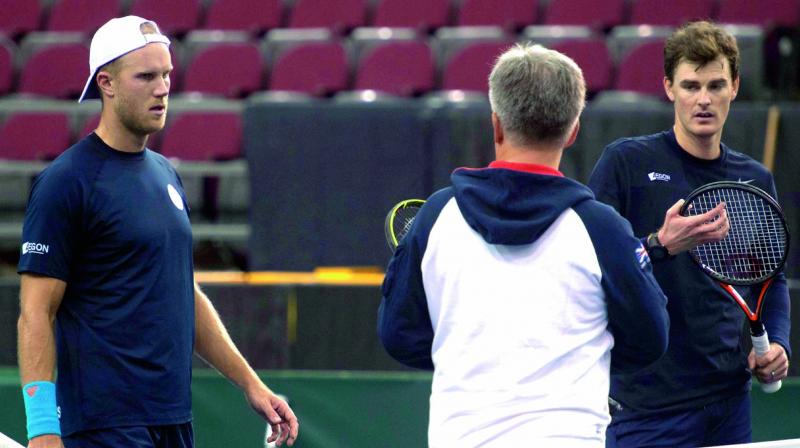 Paris: Novak Djokovic and Nick Kyrgios hope the Davis Cup heals the wounds of their painful Australian Open exits this weekend when they will be the only two men in the top 15 taking part.

World No.1 Andy Murray has opted out of Britain’s trans-Atlantic trip to Ottawa where Canada will be without fourth-ranked Milos Raonic for the World Group opener. Meanwhile, Australian Open champion Roger Federer and World No.3 Stan Wawrinka miss Switzerland’s tie in the United States.

Rafael Nadal, the runner-up to Federer in Melbourne, will sit out Spain’s match in Croatia, who will be missing Marin Cilic, while Japan and France meet in Tokyo with Kei Nishikori, Gael Monfils and Jo-Wilfried Tsonga on the sidelines. Tomas Berdych is out of the Czech Republic team to face Australia in Melbourne while David Goffin skips Belgium’s short hop to Germany.

Just as worryingly for the 117-year-old tournament is Juan Martin del Potro sitting out defending champions Argentina’s home tie against Italy. Despite seeing all of his Grand Slam rivals take a breather, world number two Djokovic — stunned in the second round in Melbourne by unheralded Denis Istomin for his earliest exit at a major in nine years — is relishing leading 2010 champions Serbia against Russia in Nis.

Russia, who won the last of their two titles in 2006, will be led by World No. 52 Karen Khachnov. A win for Serbia will set-up a quarter-final against either five-time winners Spain or 2005 champions Croatia who meet in Osijek. In the absence of Nadal, Spain will be led by 16th-ranked Roberto Bautista Agut and Pablo Carreno Busta, the world 26. Croatia, however, have to rely on Franko Skugor and Nikola Mektic, ranked at 223 and 319 respectively, neither of whom have ever won a Davis Cup singles tie.

Kyrgios comes with baggage
At Kooyong in Melbourne, number 15 Kyrgios will try to restore his battered reputation after being accused of tanking in his five-set, second round loss to Andreas Seppi at the Australian Open. Australia, the 28-time champions, face a Czech side led by World No. 54 Jiri Vesely in the absence of world number 12 Berdych.