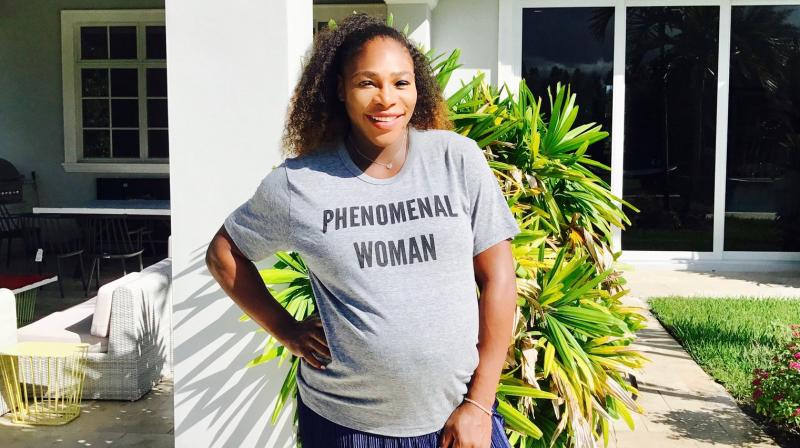 Serena announced her pregnancy on Snapchat back in April, showing off her bump in a swimsuit while captioning the image: '20 weeks'. (Photo: Twitter)

Washington DC: Tennis star Serena Williams has given birth to a baby girl with fiance Alexis Ohanian.Williams was about two months pregnant when she captured her 23rd grand slam singles title at the Australian Open. Williams and Ohanian have yet to officially confirm the birth of the child.

World number one Rafael Nadal took to Twitter to send his wishes as he wrote, "Congrats Serena!!! So much joy for you!!!"

Beyonce posted a photo of Williams during her pregnancy with the caption "Congratulations Serena!"

Serena announced her pregnancy on Snapchat back in April, showing off her bump in a swimsuit while captioning the image: '20 weeks'