Tennis champion Rohan Bopanna is back from the Australian Open as runners-up mixed doubles, and has coffee on his mind. 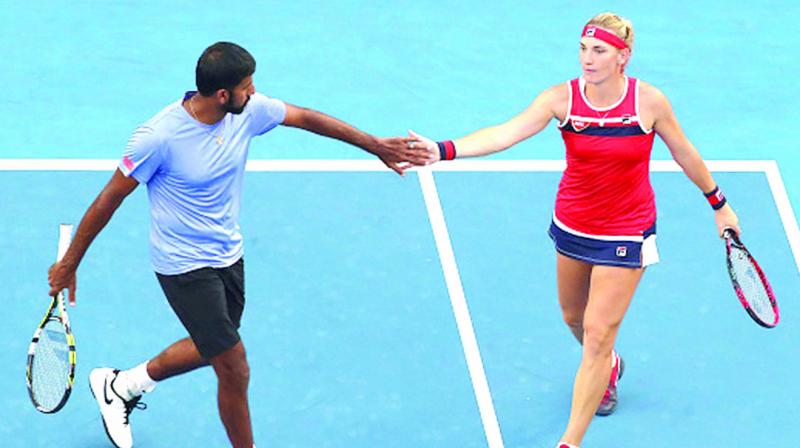 He is back from Down Under, dabbling in coffee beans now. Like a true sportsman, onto the next set of challenges in store for him — Rohan Bopanna has created a master blend of coffee named after him. As runners-up at the Australian Open mixed doubles finals with Timea Babos, losing 6-2, 4-6, 9-11 to Pavic and Dabrowski after a closely fought tie-breaker with just a point difference is something that Bopanna takes in his stride. Interestingly, Bopanna had won his maiden Grand Slam crown at the 2017 French Open with Dabrowski. “Those tie-breakers are in every other game. Yes, this was as close as it can get, just a point away, but it happens all the time, and one has to get over it. It was great playing at the Australian Open. The mixed doubles is always a double edged game, since there are only four tournaments a year, you never end up knowing who’ll play with you till the last moment. You play your best game, and just hope for good chemistry on the court, there is no time to practice like other games,” says Bopanna.

Back in Bengaluru to get back to what he has been passionate about, even before tennis, his first love coffee, he is excited about launching his own master blend. A coffee planter whose estate in Madapur in Coorg is where the Arabica beans are handpicked, the tennis champ has been known to carry the special blend of coffee on his tours, and gift it to players and friends often. Now, the Rohan Bopanna special blend will be available at Flying Squirrel in Bengaluru, “It’s a kind of perfect, mildly sweetish and delicious blend that has a unique taste that I have created with a dear friend who is behind Flying Squirrel. It is strong, so one has to have it with milk, and is from my coffee estate in Coorg. Many players have enjoyed the estate blend. Even my wife Supriya always takes our own coffee when we travel as we prefer having that. Infact Indian coffee is of very good quality and taste,” says the coffee connoisseur. The master blend has been created with Rohan’s coffee ethos and learning as a coffee planter. 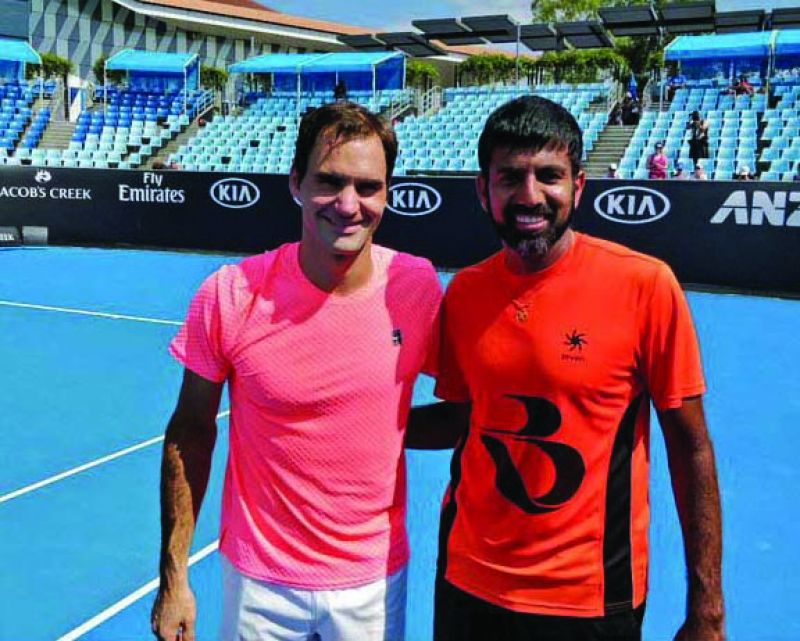 But that apart, tennis rules his life as he shares a special moment for fans —  Bopanna had a practice session with the great and 20 strong Grand Slam champion Roger Federer before the final in Australia (Saturday) and even tweeted about it. “We have played earlier as well. This is not the first time we are playing together. I have practiced with him before on the circuit. When Ivan Ljubicic called me to check on whether I was free to hit some balls with Federer, I was delighted. He is such a great guy. It is always awesome playing with such a champion. The 20 Grand Slam high shows what a tremendous player he is. Federer clearly shows what a true champion he is and given the huge acclaim, he is still so humble with the players, crew, fans, ball boys and everyone else. That is an inspiring example.”

The champion heads to Rotterdam, Dubai and Miami in February and is already planning for that. Yet, the life of a tennis player is one of travelling and whenever he can, his wife Supriya travels with him, as his most vocal supporter. She was in Australia as well, “She is a psychologist and has opened her own practice in Bengaluru, so whenever she can, she accompanies me on tour, it’s nice to have a friendly face touring as it can get very lonely. She makes sacrifices to be with me which is wonderful,” shares the Manchester United fan who’s busy stirring his coffee now.