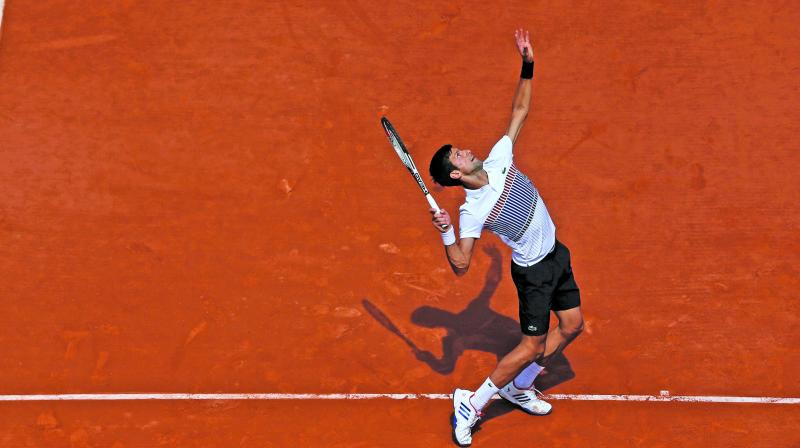 The Spaniard is bidding to become the first man to win 10 titles at a single Grand Slam event and will play Nikoloz Basilashvili of Georgia for a place in the last 16.

Muguruza’s patchy form this season included a loss to the world number 53 in Stuttgart, with the Spaniard again in dire trouble in Paris after falling a set and a break behind against the Estonian.

“I have a different spirit here, I’m going to fight for every ball to try and win,” said Muguruza, who defeated Serena Williams in last year’s final. “She was playing so good first two sets, I was just hanging there waiting for my moment and in the third set it came.”

Djokovic needed little over two hours to see off Portugal’s Joao Sousa 6-1, 6-4, 6-3 as he bids to become the first man in the Open era to win each Grand Slam twice.

Sixth seed Dominic Thiem charged into round three with a routine win over Simone Bolelli, sweeping the Italian aside 7-5, 6-1, 6-3.

Hopes of a first French men’s champion since Yannick Noah in 1983 suffered a huge blow as 12th seed Jo-Wilfried Tsonga crashed out in his opening match.

The Frenchman won his first clay-court title in Lyon last week but slid to a four-set defeat to Roland Garros debutant Renzo Olivo in a tie held over from Tuesday.

“But I really fight. I mean, after the match, I didn’t feel that bad as normally I probably do.

“I’m still happy I’m here and playing. The fairytale ended. Now, in upcoming weeks, I think it will be business as usual.”

Venus Williams shook off a slow start to ease into the third round with a 6-3, 6-1 victory over Japan’s Kurumi Nara.

Bopanna in Rd 2; Sania out