Federer is expected to take a break after Miami and his earliest return to court could be the Rome Masters in early May. 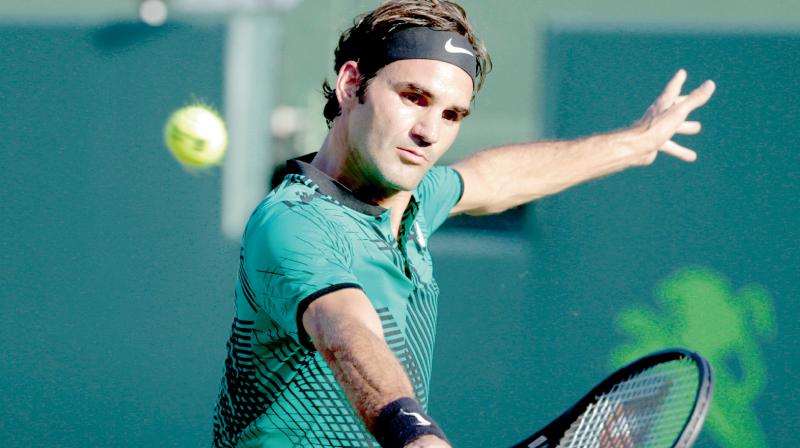 Roger Federer has made an impressive return from injury. (Photo: AP)

Miami: Roger Federer’s impressive return from injury has prompted talk of his possible return to number one in the world, but the 18-time Grand Slam winner says looking after his body is far more important than chasing the rankings positions.

Since coming back from a six month injury lay off, Federer has won the Australian Open and Indian Wells this year and on Monday cruised past Juan Martin del Potro to move into the fourth round of the Miami Open.

On the eve of the tournament his fellow Swiss player Stan Wawrinka said he believed Federer could get back to number one in the world, but Federer said he had other things on his mind.

“It’s not the priority. Health needs to be the priority. That’s why if I were to get there again I have to really win a lot of big tournaments, and I know how hard that is. I tried to do it for the last five years,” he said.

“For me the priority is actually win tournaments at this point in my career. The rankings is very secondary.

“That’s why my schedule is going to be based on what makes sense for my goals of the season, staying healthy, and then also so I can enjoy myself and have a good sort of schedule with the right waves going through the season.

“So as long as I’m healthy, I feel like I can play good tennis, enjoy myself, I can beat - hopefully - some of the best players in the world, or most of them, and win tournaments as well. I think I just have to be a bit more clever in terms of scheduling overall,” he added.

Federer is expected to take a break after Miami and his earliest return to court could be the Rome Masters in early May.

‘Can’t do it all’
The 35-year-old said fans would have to get used to him skipping certain events he might have played in the past.

“Unfortunately, I can’t do it all, you know. I can’t chase the Davis Cup and the Slams and play all the Masters 1000s. At some point something has to give, unfortunately.

“So I think that’s where I have to take some important decisions that work well for — well, me as a tennis player, but then also for my family and just for my whole team, that we get the work done, I get the rest that I need, but then also I play enough matches.

“If you don’t play enough normally you kind of lose touch of how to play break points, save break points, the shoulder gets rusty. Who knows what it is?

“You need the right balance. I think that’s more key than ever right now. I mean, it hurts for me, you know, sometimes in the future probably not playing some tournaments that in the past I would always play. Now all of a sudden I just have to skip them for the sake of my health.

“But because it is for a good reason, I’ll get over it,” he said.