The 6’2” tall Gunneswaran, who often uses double handed back hand also spoke about his association with Somdev. 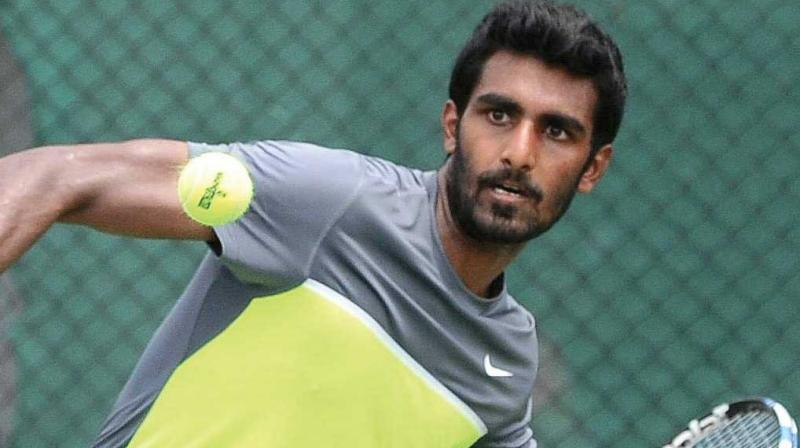 Somdev Devvarman coached Prajnesh Gunneswaran is hopeful of making his Davis Cup debut against New Zealand this February. Prajnesh is part of the India squad that will take on New Zealand in Pune from February 3 to 5.

Ahead of the ATP Chennai Open, Gunneswaran said “I hoped that I would be part of the Davis Cup team and represent India a lot earlier, but I have not been playing so much tennis in the past five years so there were no real expectation of being called.”

“Last one year I have been playing regularly and I have done well and my ranking has gone up, so I realised that I am sort of in contention to be part of the team and to be able to represent India I am so glad.”

Gunneswaran, who 320 in the ATP rankings, rose to a career high of world no. 284 last month said “I am still training in Germany but the last couple of weeks Somdev has been helping me a lot and it’s really good.”

The 6’2” tall Gunneswaran, who often uses double handed back hand also spoke about his association with Somdev.

“We have known each other pretty well and he is been around in Chennai for some time and there were few sessions where he was practising with me and then he was kind of helping me a little bit in the stances and it just so happened that he wanted to do a training camp in Chennai for a couple of weeks. He stayed back to organise it and got a few players together.”

On whether Somdev is working on something specific, Gunneswaran explained that “it is just general, he is someone who has been at that level and he knows what it takes to be there and is very good tactically so he has been helping me with things like that and to understand my game because I am lot older than most players… players who have played as many matches as I am are a lot younger. Since I have been injured I have not done that and so my lack of experience in terms of matches relative to my age … he is helping me bridge that gap.”