A 'Run for Unity' event was organised by the State Youth Affairs and Sports Ministry at the Khuman Lampak Sports Complex. 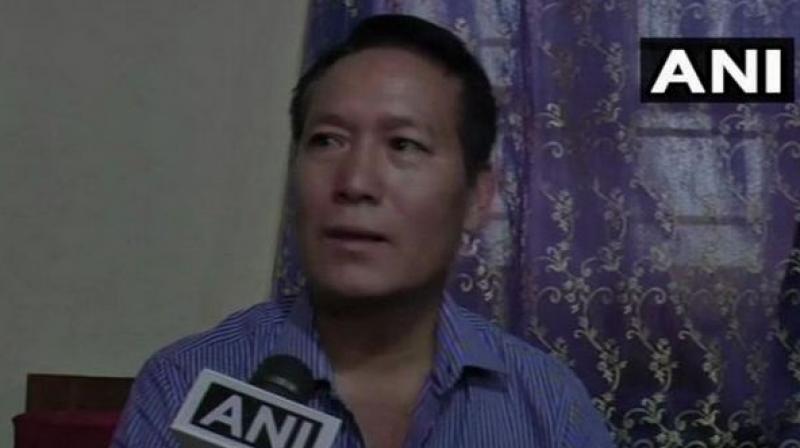 The Run for Unity marathon was flagged off by state Youth Affairs and Sports Minister Letpao Haokip. (Photo: ANI)

The event witnessed participation by the students of National Sports University, Para Military personnel and several sportspersons of the state.

Rashtriya Ekta Diwas is observed on the birth anniversary of Sardar Vallabhbhai Patel, an Indian politician who played an instrumental role in India's struggle for independence, and later during the integration of the country.

In 2014, when a new government was formed at the Centre, it was decided that October 31 be celebrated as Rashtriya Ekta Diwas.

At the time of independence, Sardar Vallabhbhai Patel played a key role in convincing several princely states to align with the Indian Union. The day of his birth, therefore, celebrates his efforts and contributions.

On October 31, Centre's Naga issue deadline supposedly ends. People in Manipur's Imphal Valley and some other areas are expected to hit the streets to express their commitment to the protection of the state's territorial integrity.

COCOMI has urged people, irrespective of their religion and ethnicity, to suspend all normal activities on October 31 and be a part of a mass protest movement.