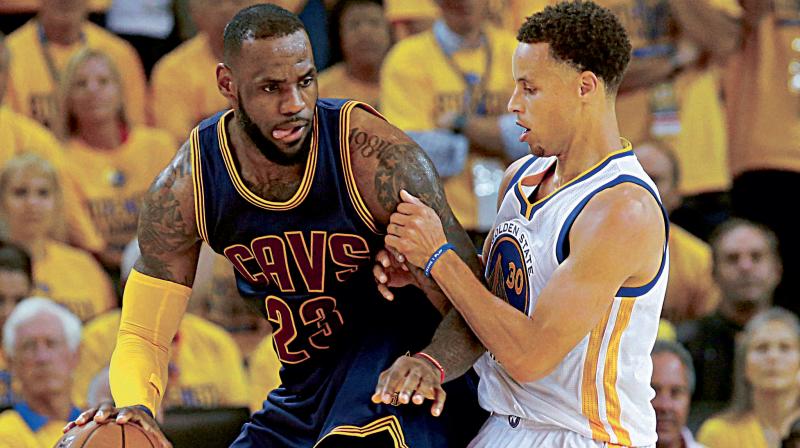 LeBron James of Cleveland Cavaliers and Stephen Curry of Golden State Warriors in the thick of things in the battle for the 2016 NBA crown. DC File Photo

The doubleheaders begin this Wednesday with two games from the 2016 NBA Finals between the Cleveland Cavaliers and the Golden State Warriors, where the Cavaliers became the first team in league history to rally from a 3-1 deficit to win the title.

The final two games from Miami's 2013 title run will air April 8. The rest of the month will feature the clinching games from the Lakers' titles in 2009 and '10, Boston's 2008 championship run and the final games for Shaquille O'Neal with the Lakers and LeBron James with the Miami Heat.