She visited the temple this morning and thanked the almighty for his blessings in winning the world championship. 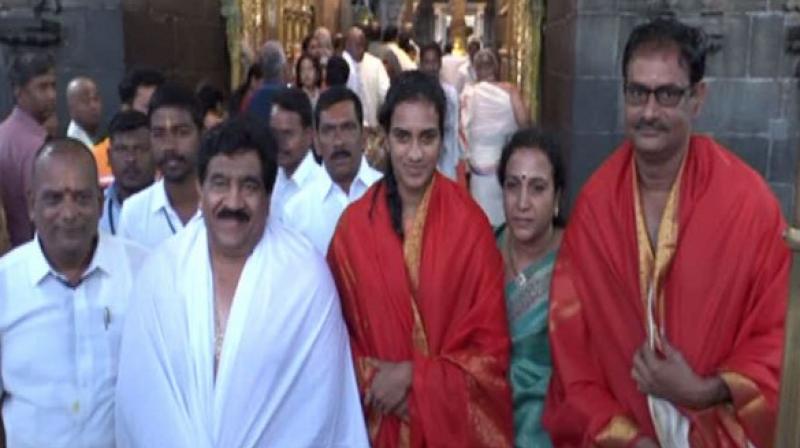 She visited the temple this morning and thanked the almighty for his blessings in winning the world championship.

"I prayed for good performance in the forthcoming tournaments," Sindhu said.

Sindhu trounced Japan's Nozomi Okuhara 21-7, 21-7 in the final of the tournament and became the first Indian shuttler to win gold at the event.

Sindhu won the silver medal at the Rio Olympics 2016. In this year, she appeared in the final of the Indonesia Open where she faced a defeat at the hands of Akane Yamaguchi.