The 26-year-old Indian, seeded fourth, went down 0-5 despite a gritty performance 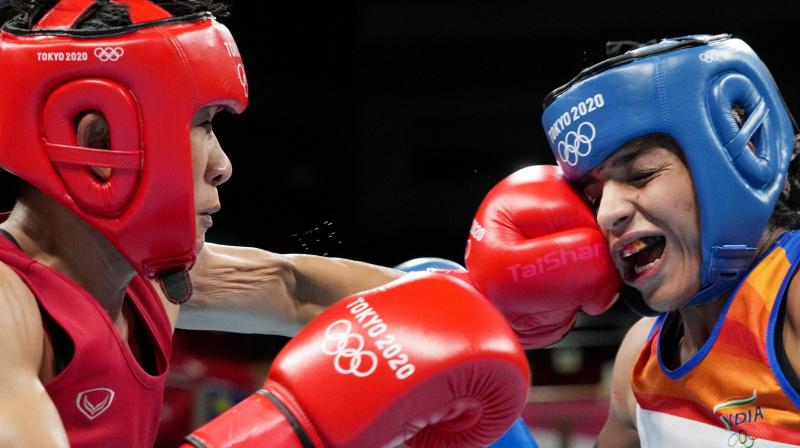 Sudaporn Seesondee of Thailand lands a punch on India's Simranjit Kaur during their bout in in the Women's Light (57-60kg) round of 16 boxing match, at the Summer Olympics 2020 in Tokyo. (Photo: PTI)

Tokyo: Indian boxer Simranjit Kaur (60kg) lost to Thailand's Sudaporn Seesondee in the pre-quarterfinals to make an early exit from the Olympic Games here on Friday.

The 26-year-old Indian, seeded fourth, went down 0-5 despite a gritty performance.

She was impressive in the opening round and seemed to have caught Seesondee on the back-foot with her measured approach, sticking to a counter-attacking strategy.

However, the judges ruled unanimously in favour of the Thai, causing Simranjit to be a tad reckless in the second round.

The Indian paid for the hyper-aggressive approach in the first few seconds itself when Seesondee managed to connect some eye-catching left hooks.

The defensive errors in the second put paid to Simranjit's chances and even though she gave it her all in the third round, it needed nothing short of a demolition job to get over the line.

However, that was not to be as she bowed out following a unanimous verdict.

The 29-year-old Thai is a two-time world championships medallist and also won a silver in the 2018 Asian Games.