At the 2014 Asiad in Incheon, India claimed five medals (1gold and four bronze). 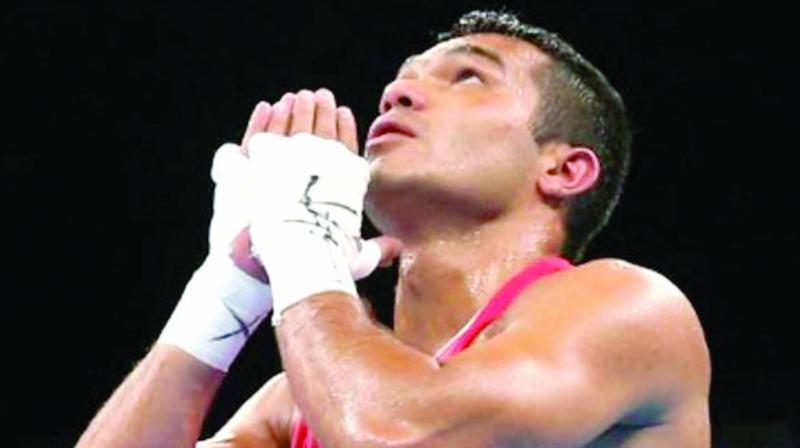 India with nine medals (3 gold, 3 silver, 3 bronze), achieved their best ever haul at the Gold Coast Games, and were second on the medals list behind England (6 gold, 1 silver, 2 bronze). At the 2014 Asiad in Incheon, India claimed five medals (1gold and four bronze).

The Boxing Federation of India has picked up a 10-member squad (seven men, three women) for the August 18 to September 2 continental event. The boxing event will stretch from August 24 till September 1.

“We performed very well at the CWG. The team have got enough exposure overseas, training in multinational camps abroad, under foreign and Indian coaches, who are working in tandem to help the boxers prepare themselves physically and mentally,” Sandhu told this paper.

“The BFI is also very actively involved on all aspects of preparation now, from international relations to infrastructure and training programmes. All these aspects give me confidence that the team will perform as per expectations and it can be one of their best Asiad performances as far as medals are concerned.”

As part of their final leg preparations, 22 boxers — 10 men and 12 women — on Sunday completed a training camp at the Great Britain boxing centre in Sheffield, under BFI’s high performance director Santiago Nieva.

“The training camp at Sheffield will have a good impact on the team. Our boxers have always done well when we have trained at Sheffield,” Sandhu said.

The 65-year-old served as the national coach for over two decades after taking charge in 1993, masterminding India’s maiden Olympic medal in boxing through Vijender Singh in 2008.

The recipient of National Award for senior citizens though refused to pick any potential gold medal winner as “whoever I name will get motivated and the ones I don’t will be demoralised”.

“Even when I was the national coach I didn’t pick names. In boxing, nothing is certain; a lot depends on the draw. The kind of draw one gets plays a huge role in the eventual outcome. Hence let’s not get too ahead of ourselves. All our boxers are medal prospects,” the veteran coach added.

He believes women boxers have to pull up their socks at Jakarta, particularly in the absence of M.C. Mary Kom, who won gold in the 51kg category at Incheon, but will skip this edition after going back to 48kg and winning her maiden CWG earlier this year.

The five-time world champion was the only women to grab a podium place at the Gold Coast. In the absence of Mary, two-time Asiad medal winner Vikas Krishan (75 kg) will be the prime podium prospect at Jakarta.

“Men boxers performed well at the CWG. The women lagged a bit behind and they need to improve. The men will definitely fetch you medals though their task won’t be easy,” Sandhu said.